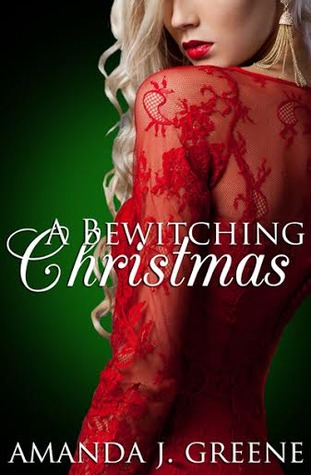 It has been seven years since Analette Dyson stopped practicing magic and headed to New York, where she created a new life, complete with a fabulous job, an apartment in Central Park West, and a sexy werewolf fiancé. She never planned on returning to her small home town in Maine, but when she learns her grandmother is ill, she decides to pop over for a visit and what better time than Christmas? Excited for her fiancé to meet her family, they head up a day early.

After doing some last minute Christmas shopping, Analette returns to their hotel to find her fiancé in bed with another woman. Cursing the universe for her never ending bad luck with men and dreading telling her family about her cheating fiancé, she heads to the bar to self medicate.

Not one to celebrate the holidays, vampire and assassin, Cole McRae, has followed a lead to a rustic town in witch territory. But after a few days of research and waiting for his target to show, he begins to suspect he has wasted his time. That is, until he meets a curvaceous blonde with bewitching green eyes at the local bar. One night with the enchanting Analette could make this useless trip well worth his time.

Their passion is undeniable and unbeknownst to them, their fates are intertwined. Magic and romance will strike on Christmas, changing their lives forever.

Christmas is my favorite time of the year, and along with that goes reading at least one or more Christmas books every year. This year I bought two Christmas novellas, both of which are paranormal. A Bewitching Christmas is the first of these.

A small town in Maine full of witch magic, is the setting for this story. Cole, a vampire assassin, has come to town to hunt down a werewolf that is stealing witch magic. Analette is a witch, home for the holidays after a very long absence, and has brought her fiance with her. Only she has just found him cheating, so her holidays are pretty much shot. When the two meet in a bar, the attraction is mutual, and a one night stand seems to be the thing to do.

The premise of a vampire that’s a hunter of rogue supernatural beings was interesting, although hunters of supernatural villains is a pretty common idea. Or maybe I have just read a lot of them lately. But really this story ended up being mainly about the romance, which is fine. My problem with this story was the insta-lust, and the amount of the story that was made up of sex scenes. Since it is a novella, and already short on story, I just wanted more actual content, and less of the extremely detailed sex. I am all for sex scenes in a romance, but not so much that I start skimming, and I did skim.

I did like the main characters of Cole and Ana. We do get background on both, and there is even some world building. Cole has been flawed by a horrible childhood, never celebrated Christmas, and really has never known love. Ana has been traumatized by her father’s death in an accident, and her belief that it’s her fault. The two flawed characters just make sense together.

So it was a fairly good romance, with good characters, and even had a murderous villain along for the ride. I think it just comes down to personal taste-I wanted more about the murderous villain, and how he stole magic, and less of the sex scenes. However, I am sure that there are readers out there that will enjoy it just like it is.

16 responses to “Review: A Bewitching Christmas by Amanda J. Greene”