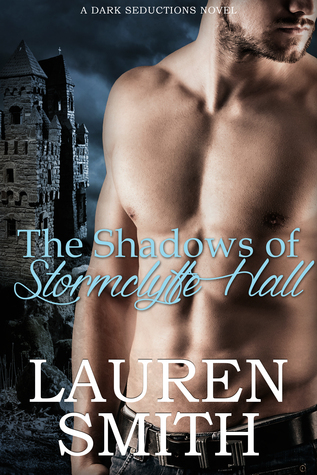 To defeat a dark evil, they must face his family’s past…

Bastian Carlisle, the Earl of Weymouth, doesn’t believe in ghosts. Even though tragedy and mysterious hauntings have driven his family away from his ancestral home, Stormclyffe Hall, he is determined to restore the castle to its former glory. His plans are disrupted when a stubborn American shows up on his doorstep hoping to pry into his family’s tragic history.

Jane Seyton, an American graduate student, is convinced there’s more to the tragedy of Stormclyffe Hall than history claims. Ever the scholar, she is determined to discover the truth, even if it means putting up with the arrogant, yet sexy, Bastian.

Although Bastian wants nothing to do with the pushy American, it soon becomes clear that something evil is in the house—and that something is targeting both Jane and Bastian. The two must join forces to purge the ghosts of Stormclyffe Hall once and for all—even as they try to fight a physical attraction between them that grows more and more impossible to deny.

Ghost stories have been a favorite of mine for years, movies or books, it doesn’t matter. Throw in an ancient English castle, set it on a cliff overlooking the ocean, and I am hooked. Added bonus? A curse on the family that lives there, and on all the future generations for eternity. I grew up reading gothic romances, and this would have fit right in back then, with the exception of the sex scenes, that is.

Jane is an American, studying at Cambridge. She’s working on her dissertation, and all she needs to finish, is to be able to research the family tragedies at Stormclyffe Hall. She makes the journey there, even though the present Earl has only said that she can come in as a tourist, and that’s all. Almost the minute the Earl, Bastian, and Jane lay eyes on each other, weird things start to happen. Ghost possession on both of their parts? Oh yes, and ghosts that love each other at that. It made for a very interesting first scene together to say the least.

Jane is a very determined character. She has been dreaming of Stormclyffe Hall for years. She feels drawn there, feels like she belongs there. And after meeting Bastian, she feels like they belong together. Bastian is having none of it, and is just as determined towards that end as Jane is against it. So what is pulling Jane to the castle, and is she really falling for Bastian, or is something otherworldly causing her to feel this way?

Bastian is a super rich Earl, and super handsome as well. Jane describes herself as the studious type, and not beautiful. Bastian, however, thinks she is. The twosome make for good main characters, for the most part. Bastian does spend quite a bit of time denying all the paranormal happenings that are taking place in his home, and that got a little bit tiresome. When things are happening right in front of his eyes, and he denies it? It made for some conflict between the two, and moved the story along, so that was okay.

I enjoyed the spooky atmosphere, both in and out of the castle, and even the small town nearby had it’s weird moments. The shadows in the castle have their chance at scary on several occasions, and ghosts make appearances, both by possession, and in person. On top of all that, there’s also an evil presence in the castle, and it appears to want Jane to die. So for those that like ghost stories, this could be a good next read. And for those that like a good romance, with some hot sexual scenes, you may also enjoy this.

On another note, I thought parts of the ending were pretty predictable. It didn’t take rocket science to figure out where it would all take place. However, I can’t imagine how the author could end it any other way. Other then that, I found this to be a good ghost story, and sensual romance.

31 responses to “Review: The Shadows of Stormclyffe Hall by Lauren Smith”