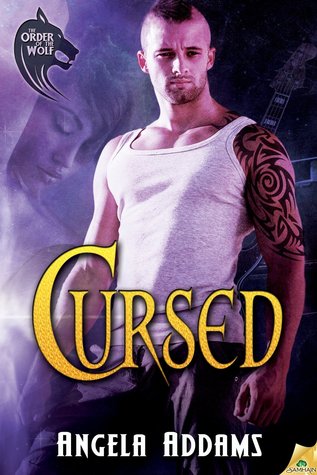 Her biggest mistake comes with fangs…and a nose for tracking her down.

The Order of the Wolf, Book 1

Wherever there’s a lying, cheating scumbag who’s broken a woman’s heart, Vengeance Dealer Darcy Wells is there. So what if she isn’t the most skilled witch around? She’s only using one spell, which leaves the hapless male suffering tormenting lust for one woman. Her.

The beautiful part? This curse comes equipped with a blinding agent, allowing her a clean getaway. Unrequited lust, coming right up! As far as Darcy is concerned, it’s justice served. Her next target: Raven Glock, rock band bassist and drop-dead-gorgeous sex god.

When Raven lays eyes on the luscious Darcy, he gives her what he promises all the starry-eyed groupies who toss their panties at him—one unforgettable night in his bed. Sex with Darcy is so epic that he forgets his cardinal rule: to get her out before morning.

At the crack of sunrise, Darcy serves Raven a face full of cursed ash. But something goes horribly wrong…and she finds herself magically tethered to one pissed-off werewolf.

Worse, breaking the spell could cost her everything…maybe even her life.

Warning: Sexually explicit language, tattoos, piercings, and giant…um…feet. Wet panties are a given. Author assumes no responsibility for spontaneous ravishment of significant others, pool boys, or local pizza delivery personnel.

Okay, I’ll admit it. My guilty pleasure is reading rockstar books, and this is actually the fourth one I have read in the last couple of weeks. So when I realized that this book was about a werewolf rockstar, I was totally in!

Darcy is a vengeance witch, at least that’s what she calls herself. When a group of women that rocker Raven Glock had one night stands with hires her to curse him, she goes for it. She meets him backstage after a concert and Raven takes one look at her and decides she’s his for the night. This is when the first of a couple of extra steamy scenes takes place.

This was a novella which I actually wasn’t aware of at first, and it only took a couple of hours or so to read. You would think that there wasn’t time for world building, but there actually was some. In this world, younger werewolves can not control their shifts and spend from daylight to dark as werewolves every day. Since the band, also known as Raven’s pack(he isn’t the Alpha), is on tour, they usually spend their days playing in the penthouse of the whatever hotel they are staying in.

I liked how the pack completely backs up Raven when he realizes he’s been cursed. Of course since the curse causes him to lust after Darcy and she’s on the run, all he wants is her, while his band knows they have to close it down…you know, because of the curse and all.

This ended up being a fast, but fun read with good characters. I was wishing for more of the story to take place on the road with the band, but since it was a short read there wasn’t time for that to happen. It is an extremely adult read, so keep that in mind if that’s not your thing. It’s the first in a series, so I might be checking that one out too. Here’s to hoping for more of life on the road with the band at some point in this new series.