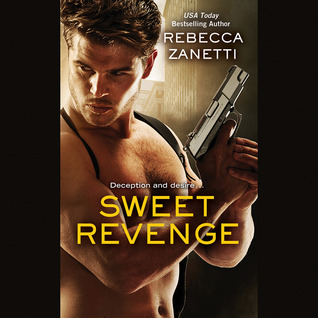 The One Man She Can't Have

Matt Dean was born to fight . . . and kill. A member of a secret black-ops military unit, he and his brothers were genetically engineered by the government to be the perfect soldiers with an expiration date. Now, with time running out, he's gone rogue in a relentless quest for the one person who can save them. His mission leads him to Charmed, Idaho . . . and to a beautiful woman with eyes like emeralds and a body made for pleasure.

The One Woman He Can't Resist

Laney Jacobs knows the mysterious, handsome stranger is trouble from the moment he walks into her bar, looking for a job. She's spent years running from her own past-the last thing she needs is a romantic entanglement. But Matt's strong arms offer her protection and his gentle touch promises passion unlike anything she's ever known. As lethal forces surround them, revealing explosive secrets about Matt's past and putting everything-and everyone-he holds dear in danger, can he save them all before time runs out?


When I first discovered this series I was hesitant to give it a listen because it’s shelved as both Romantic Suspense and Paranormal Romance. And, even though I loved the first installment, I wasn’t sure whether it was because of the ‘new’ factor or legit enjoyment. Well, as it turns out book 1 was no fluke—I really liked this one too—albeit slightly less than FORGOTTEN SINS, but I think that was more Matt’s fault than anything else. He just couldn’t measure up to Shane Dean’s smexiness. Like the first novel, the plot’s very life-or-death thriller with an added dash of evil mastermind. What’s not to love?

In the earlier chapters Rebecca Zanetti flashes back to the SIN BROTHERS’ time at the facility to help put Matt’s alpha-ness into perspective. It helped me grasp that this guy really does have the weight of the world on his shoulders, or rather at least all three of his siblings’ lives. It was a smart move on the author’s part that allowed me to sympathize more with his character because after the first book, I thought that Matt was somewhat of a d*ck. That being said, there was still something missing to help me fully make the leap from drill sergeant to love interest. He’s undeniably strong and fiercely protective of his family, but he’s also very serious because he’s the oldest brother, and as a result I found that his dialogue was a little dry at times. It’s hard to pull off flirty when his personality lacks a playful side.

Laney on the other hand was an absolute delight! I loved that she was a grey protagonist; her intentions are good, but you know what they say about hindsight… The SIN BROTHERS seem to have a weakness for soft women—well, as far as first impressions go anyway—but Jacobs promptly proves Matt wrong. I liked how her past tied in to a number of plot threads, and I suspect that she’ll play a key role in helping the Deans get out of this whole killer microchip mess before all is said and done. The romance between Laney & Matt was instantaneous, and continued to burn hot and bright for the duration of the story. There was however one rather awkward sexy scene that included an attempted murder; it just didn’t sit entirely right with me, but otherwise I have no complaints in the steam department.

Karen White continues to work her way up my list of favourite narrators, and with over 150 audiobooks under her belt, it’s easy to understand why. In this series she excels at keeping up with Zanetti’s quick paced writing style, her character voices are consistent from book-to-book, and she’s not afraid to pull out her Southern twang when the need arises. It’s hard to say for sure what I would have rated this novel has I read it instead, but I strongly suspect that White’s narration helped curtail some of the issues that I had with Matt.

SWEET REVENGE is a great addition to this series, and I look forward to listening to BLIND FAITH. I think that it’s important that I be properly introduced to all of the SIN BROTHERS before deciding which one is alpha enough to be my new fictional boyfriend.


Was this review helpful? Please consider liking it on GoodReads, and voting on Amazon!