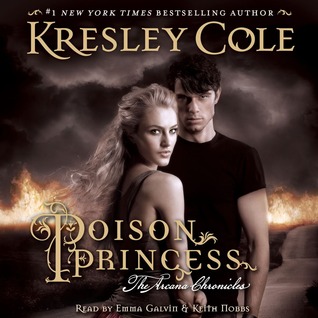 She could save the world—or destroy it.

Sixteen year old Evangeline “Evie” Greene leads a charmed life—until she begins experiencing horrifying hallucinations. When an apocalyptic event decimates her Louisiana hometown, killing everyone she loves, Evie realizes her hallucinations were actually visions of the future—and they’re still happening. Fighting for her life and desperate for answers, she must turn to her wrong-side-of-the-bayou classmate: Jack Deveaux.

But she can’t do either alone.

With his mile-long rap sheet, wicked grin, and bad attitude, Jack is like no boy Evie has ever known. Even though he once scorned her and everything she represented, he agrees to protect Evie on her quest. She knows she can’t totally trust Jack. If he ever cast that wicked grin her way, could she possibly resist him?

Who can Evie trust?

As Jack and Evie race to find the source of her visions, they meet others who have gotten the same call. An ancient prophesy is being played out, and Evie is not the only one with special powers. A group of teens has been chosen to reenact the ultimate battle between good and evil. But it’s not always clear who is on which side…


This was my first Kresley Cole book—I know, I know, someone slap me! Her IMMORTALS AFTER DARK series has been on my radar for a while now thanks to Melanie from Hot Listens who reminds me DAILY that it features sexy Scottish werewolves (my kryptonite), but then Jennifer from The Book Nympho started getting on my case about THE ARCANA CHRONICLES in audio, and two installments is a little more manageable than fourteen (sorry Mel!). After having previously listened to, and enjoyed Emma Galvin’s narration of SINNER by Maggie Stiefvater; I decided that it was about time to scratch another author off my must-read list. Love doesn’t even begin to describe what I felt after finishing POISON PRINCESS—it was dark, imaginative, and beautifully written. Ooh, and did I mention that this was my first Young Adult Dystopian? I’m now completely sold on this genre, or at least Cole’s version of it, and couldn’t stop myself from getting my ENDLESS KNIGHT one-click on.

YA and I are far from being BFF’s, so after an extremely captivating opening chapter, I was rather upset when the high school drama, and love triangle kicked in—cue eye roll. The story is told from Evie’s perspective, but she’s relaying past events to a character named Arthur, so there’s also a bit of time jumping going on. Fortunately, the teen angst was short lived, because then the Flash (apocalypse) hits and Greene’s seemingly mad visions become reality. The world building was indescribably fantastic with bagmen, black cats, slavers, carnivores, and of course, the Arcana all coming out of the woodwork. I loved the complex Tarot mythology, end-of-days tone, and dog-eat-dog ruthlessness featured in this novel. It had a genuine Armageddon feel to it, and I really liked how different it was compared to my usual reads.

Evie wasn’t the easiest character to like; in the beginning I found her naivety and softness annoying. I think that perhaps my THE WALKING DEAD addiction may have somewhat skewed my view of peeps’ survival instincts. I had a difficult time grasping why she wanted to maintain a sense of propriety by refusing to bunk with Jackson (strength in numbers, anyone?), insisting to bury her dead when trouble was on the horizon, and stupidly thinking she could make it on her own. I just wanted to shake her, and yell “run, you fool!” Deveaux however, was incredible; some people are just born to fight zombies, and this guy is a survivalist’s dream. In the real world he was a bad boy, criminal, but after the Flash he became Evie’s saviour. I also really enjoyed learning about the other Arcana including Selena, Matthew, and Finn.

I can’t fault Emma Galvin’s delivery; she succeeded in capturing the Dystopian atmosphere of THE ARCANA CHRONICLES universe, and I loved all of her character voices. I did however have a couple of complaints about this audiobook. For one, Jackson speaks French regularly throughout the narrative, and I realize the Cajun version isn’t quite what I’m used to, but some of the pronunciations were way off, even if the words didn’t have exactly the same meaning that they do in Québecois. And two, Keith Nobbs’ performance although good, was extremely minimal which was rather disappointing. I would have preferred he read Deveaux’s POV instead of Arthur’s because the latter only shows up in the first and final chapters. I got excited at the prospect of two narrators when in reality, there’s only one.

My jaw hit the floor in the final minutes of POISON PRINCESS; the conclusion was masterfully executed, and Evie is no longer soft—let the ultimate battle begin!