After many sleepless nights and chewed up fingernails, I finally came up with the perfect solution to my guest post for Romp vs. Stomp: make my characters state their cases! It’s about them anyway, right? Right. So, without further ado, I give you my urban fantasy characters Ruby and Sean from the CAGED series, as well as Khara and Oz from my soon to be released UNBORN series (which debuts on August 26th…that will be my only shameless plug, I promise).

Amber: “So, I’m glad you guys all agreed to do this for me. Hopefully it won’t take us too long.”

They all look around the room at one another with incredulous expressions, except for Khara, who remained impassive as always.

Ruby: “Umm…Amber? You kinda made us do this.”

Sean: “Nobody makes me do anything.” His tone was a warning, letting me know that I’d better do my best not to push him too far. My guess was that Ruby told him to be on his best behavior. Even those that Stomp for a living (and have for centuries), still have a soft spot for someone.

Oz: “Christ,” he said, rolling his eyes. “This is going to be a long afternoon.”

Amber: “Anyway…here’s the question: Do Romp and Stomp have to be separate abilities or can they coexist?” I asked, holding my breath that a fight wouldn’t break out between the two alpha males silently mad-dogging each other from across the room.

Oz: “I can’t speak for anyone else here, but I’m pretty certain that I excel at both,” he bragged, prying his narrowed eyes away from Sean just long enough to wink smugly at Khara. “Isn’t that right, new girl?”

Everyone turned their attention to Khara, who simply lifted her unamused gaze to Oz before dropping it back toward me.

Amber: “Khara, do you want to add anything?”

Khara: “Fighting and fornicating are two separate but distinct skills, both of which are important in the art of war. Battles can be waged in the bedroom—sometimes more effectively—as well as on the battlefield,” she explained, her detached expression unfaltering. “Strategy is everything. One must capitalize on all their assets to achieve victory.”

Oz: “You see why I keep her around?” Oz said mockingly. “You never know what’s going to come out of her mouth.”

Amber: “Sean? Ruby? Do either of you have anything to add?” I reluctantly asked.

Ruby: “I think Khara is right, in a weird and sort of creepy way,” she replied, eyeing the dark-haired beauty from across the room. “The two are not necessarily mutually exclusive. However, that said, I think romping is something that comes naturally to most whereas stomping is a gift that only a select few truly possess.”

Amber: “And do you possess it?”

Ruby: “Well, yes. And no. But mostly yes,” she stammered, looking up and to the right as though the corner or the dimly lit room held the answer she was searching for. Sean sighed heavily as she did.

Sean: “Ruby’s situation is a bit…complicated in that manner,” he said, turning his piercing green eyes to me. Suddenly, his answer seemed far less important. “I won’t speak to the specifics of why for many reasons, not the least of which is the unsavory being sitting across from me…”

Oz waved then blew Sean a kiss to taunt him. I gripped the edge of my seat, waiting for Sean to snap and tear both Oz and the room apart. Luckily for me, Ruby placed her hand calmly on Sean’s knee, and the tension in the room abated, if only slightly.

Sean: “But I can speak to Ruby’s ability in the bedroom,” he continued, a Cheshire cat smile overtaking his countenance. “And it does not disappoint.” Ruby lifted her hand from his leg to slap him in the arm, not entirely playfully. The deathly-pale blonde’s cheeks were flushed with embarrassment.

Ruby: “I can’t believe you said that,” she whispered to him.

Amber: “I can’t believe he did either.”

Khara: “Have we provided you with the answer you needed,” Khara interjected. “Or do you require further elaboration?”

Oz: “Anxious to get out of here, new girl?” Oz asked with genuine curiosity. “We could always go back to my room and test out your abilities in both categories.”

Sean: “I think you have all you need,” he said, getting up out of his seat. He took Ruby’s hand and gently pulled her up from hers.

Ruby: “Good luck in the competition,” she called out over her shoulder as Sean all but dragged her from the room. “Go Stomp!”

The door slams behind them.

Khara: “Yes,” Khara agreed, getting up from her chair. “I hope you do well in this genre duel.”

As she walked out, Oz got up to follow, stopping just shy of the door to turn back and look at me, his striking features and warm brown eyes, stopping my heart for a beat…or ten.

Oz: “And if you lose and need consoling,” he said with a wink. “You’ll know where to find me.”

If you’re dying to know more about me, allow me to put you at ease. I’m a sharp-tongued, sarcastic cancer, who loves vegetable smoothies, winter storms, and the word “portfolio”. I should NEVER be caffeinated, and require at least eight hours of sleep to even resemble a human being. At thirty-four, I just now feel like I can keep a straight face while saying the word “rectum” (which is actually a huge lie because I just laughed out loud while reading this to my husband). I live with my iPod firmly affixed to my body, drive too fast, and laugh/cry at inappropriate times.


At the end of every novel I’ll be attempting to recreate this magic with more random facts about me. 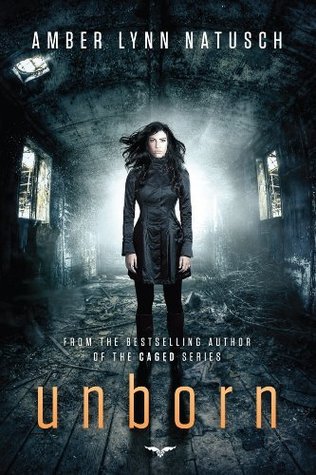 From the author of the bestselling Caged series comes a pulse-pounding new series of supernatural romance.


Visit The Book Nympho to read today’s ROMP post by Kelly Meade, then VOTE for your fav!