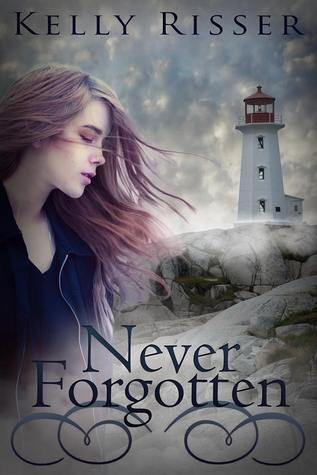 One minute Meara Quinn is making plans for the summer before her senior year. The next she finds out that her mother's cancer has returned and they're moving away from the only home she's ever known. Every day becomes a struggle as Meara tries to cope with her mother's illness while being forced to move to another country to live with grandparents who are strangers. Add weird visions of a father who was absent her entire life and top it all off with one whopping secret that everyone seems bent on keeping from her, and Meara has the perfect ingredients for a major melt down. The only things keeping her from coming unglued are some new friends and Evan—the son of her mother's childhood friend—who seems to know Meara almost better than she knows herself. Together with Evan and her friends, Meara embarks on a new journey to unlock the secrets that will not only tell Meara who she is, but what she is.

Sometimes it’s difficult for readers to find something new and different to appease that need for a good paranormal read. This book pretty much checked that box for me. I’ve never been a fan of ocean creatures as paranormal beings, that is, until recently. I’ve had really good luck with a few, and this one falls into that category for me also. For those that might be wondering, it is young adult-mostly.

Meara is seventeen and getting ready to start her senior year in high school. She thinks she has it all planned out with her best friend, Kim. When her mother’s cancer comes back, all that changes. They move to Nova Scotia to live with her grandparents. After initially not wanting to go, she gets over it when she meets Evan, the son of her mother’s best friend. He’s like the perfect boyfriend, and Meara feels lucky in that respect. However, her father David, the man who left her mom shortly after her birth, shows back up in her very realistic dreams. It’s not long before she realizes that he’s not exactly human and she’s not really dreaming. And if that is true, what’s that make her? Why has he never been in her life? Why did her mom move away from Nova Scotia when she was a baby, and never come back to visit? Lots of questions to be answered here, making it a sort of mystery for Meara and Evan to solve, because her mother sure isn’t telling!

I found this book to be a very easy, even fast read, at least for me it was. The author has written likable good characters, and easily flowing dialogue. There’s some angst involved at times, you know teenagers being teenagers, but mostly I agreed with the angst because I would be feeling it too, if I was in Meara’s shoes.This is also a book of self discovery, and also is very emotional, at times.

The next paragraph might be a bit of a spoiler, so this is just a warning*****The romance aspect of the book was a very sweet romance and G rated-until it wasn’t. But really it still belongs in the young adult category, but maybe more older young adult-because it’s a bit PG. Absolutely nothing explicit here though! I don’t like spoilers, but it really needed to be mentioned, in my opinion. End of spoiler*****

I enjoyed the read enough that I am really looking forward to the sequel. A least I am hoping for a sequel, because the ending was pretty much a cliffhanger. Not usually a fan, but in this case, it was the natural place for the ending. Well written, good characters, sweet romance, a really different premise, what else would you want in a YA paranormal read? Not much I am betting!