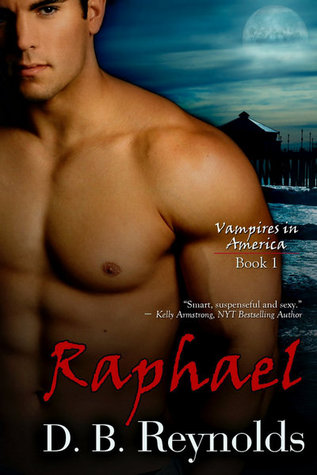 Malibu, California—home to rock-and-roll gods and movie stars, the beautiful, the rich . . . and vampires. Powerful and charismatic, Raphael is a Vampire Lord, one of the few who hold the power of life and death over every vampire in existence. Thousands call him Master and have pledged absolute loyalty on their very lives. But when, in a brazen and deadly daylight attack, a gang of human killers kidnaps the one female vampire he’d give his life for, Raphael turns to a human investigator to find his enemies before it’s too late. Cynthia Leighton is smart, tough and sexy, a private investigator and former cop who’s tired of spying on cheating spouses and digging out old bank accounts. When Raphael asks for her help in tracking down the kidnappers, Cyn’s happy to accept. But she soon realizes her greatest danger comes not from the humans, but from Raphael himself. Battling Russian mobsters and treacherous vampires, and betrayed by those they trusted, Cyn and Raphael find themselves fighting for their lives while caught up in a passion of blood and violence that is destined to destroy them both.

Vampires live in a world where humans finally half way believe in them, but prefer to whisper about them behind closed doors. That is except for the ones that willingly give their blood. In Malibu, where the rich and powerful live and play, a rich and very powerful vampire, Raphael, lives and rules over a big part of the vampires in the U.S.. When a female vampire under his care gets kidnapped from his compound, Raphael knows that it’s part of a bigger plan to try and dethrone him. Since humans have helped with the plot, he hires human private investigator, Cynthia, or Cyn as she prefers to be called. Cyn is an ex cop, grew up rich and privileged, and became the human to call for vampire problems after she saved the life of a vampire.

The characters of Cyn and Raphael are complex and absolutely not cookie cutter in any way shape or form. Cyn is strong and smart as the day is long. She has father issues and the half sister from hell. And oh yes, she’s not about to let a vampire tell her what to do! Raphael is very old, very handsome, and one of the strongest vampires in the world. He is used to being in power and demands respect and loyalty from all vampires that he rules over. He lives with heavy security that follows him at all times, but that doesn’t help him when he gets thrown for a loop by Cyn.

I really enjoyed the world building in particular in this story. At first when the story goes back in time, I was not sure if I wanted the story line to move that way. I was wrong, and the information we get when Raphael’s past is shown, was both needed and fascinating. It only goes back in time a few times and is mainly written in the present.The story is told from both main characters perspectives, which really worked for me.

I would like to know where these books have been hiding from me. I had never even heard of them until one of the blogs I follow did an interview with the author. I immediately bought and read this one, and have every intention reading the next one as soon as possible. This is not a “pretty” vampire book. It was gritty, bloody, sensual, and dangerous. These vampires don’t glitter, but they do have powers and are strong, and they are very,very fast. There’s lot of action, death, betrayal, and Cyn gets injured more then once-including her heart. Of course it’s a romance, but it sure isn’t an easy romance.

If I had one thing to say that bothered me about this book, I would have to say it was the cliffhanger. I am not a fan, but for some reason-maybe because I have every intention of reading the next book and soon, it didn’t bother me that much. I highly recommend this well written book to adult paranormal romance fans and people that love vampire books.