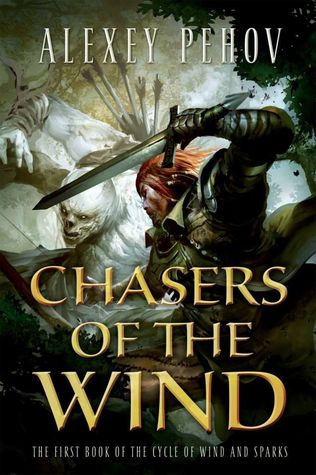 Centuries after the disastrous War of the Necromancers, the Nabatorians, aligned with the evil necromancers of Sdis, mount an invasion of the Empire. Luk, a soldier, and Ga-Nor, a Northern barbarian, are thrown together as they attempt to escape the Nabatorian hordes and find their way back to their comrades.Gray and Layan are a married couple, master thieves who are hiding out and trying to escape their former gang. They hope to evade the bounty hunters that hound them and retire to a faraway land in peace.Tia is a powerful dark sorceress and one of The Damned—a group trying to take over the world and using the Nabatorian invasion as a diversion.Unfortunately, for Gray and Layan, they unwittingly hold the key to a powerful magical weapon that could bring The Damned back to power.Hounded by the killers on their trail and by the fearsome creatures sent by The Damned, Gray and Layan are aided by Luk and Ga-Nor—and Harold, the hero of The Chronicles of Siala. Realizing what’s at stake they decide that, against all odds, they must stop The Damned.Chasers of the Wind is the first book in a new series from internationally bestselling author Alexey Pehov.

I’ve thought about it. I mean, the book was popular enough in it’s native language to get translated into English and re-published, so that speaks highly for it, right? Yeah, definitely . . .

Language is a complex and beautiful thing, and this isn’t a real life interaction where only the gist of the information needs to be understood. This is LITERATURE, and there is not one thing that anyone can say to convince me that Stopping by Woods on a Snowy Evening doesn’t lose some essential spark when it’s adapted into something not-English. The words are like a dance, expertly choreographed, and that cannot be translated.

So that’s why I’ve kind of avoided this kind of book in the past. And you know what?

Chasers of the Wind by Alexey Pehov was a surprisingly good read. It took awhile, but the characters grew on me. This is straight-up fantasy, so there are multiple POVs, but not too many, and the shifting perspectives are mostly focused on pairs.

My favorite pair is Ness and Layen/Gray and Weasel, an assassin husband and wife team (Gray and Weasel are their “working” names). Gray is an expert shot with almost any kind of bow, and Weasel has the Gift (MAGIC), but as far as we know, is completely unaffiliated with the magical hierarchy, the strangeness of this circumstance being communicated in various, but thankfully not obvious, ways.

Second favorite pair is Luk and Ga-Nor. Luk is a rascal and a solider who is overfond of dice, and Ga-Nor is a Northern tracker, and viewed by the majority of society as a savage. Ga-Nor keeps Luk out of trouble, Luk lightens things up for taciturn Ga-Nor, and they just work well together. I like them.

NOT my favorite is Pork, the village idiot, and Tia, or Typhoid, the Overlord, or Damned, depending on who you ask. Pork is the Noah Percy in M. Night Shyamalan’s The Village variety of village idiot—NOT the good kind, the creepy and sinister kind. And Tia is a spoiled brat who has probably been a spoiled brat for the entirety of her existence (over 500 years).

So the characters were pretty well-developed and mostly likable, unless the point was not to like them, then you didn’t.

And that magical hierarchy I spoke of earlier? They’re most often referred to as Walkers and Embers. Embers are kind of obvious. Walkers, not so much, but we didn’t find out until 77% into the book what they actually were.

And that’s a good intro to the language crossover issues.

Using nature inspired names is a fairly common practice. Especially in fantasy where you often find numerous magical and diverse peoples. Elves, Fae, earth magic users, etc. will have names like Rowan Whitethorn of House Somekindoftree. This happens in contemporary novels too. One of my favorite non-magical characters is named Blue Echohawk.

But what about House Strawberry?

Houses Strawberry and Butterfly are two of the seven Highborn (Elf) houses, and though we don’t actually meet any of them (well, there is one, but he doesn’t count), we are lead to believe that they are a rather fierce and warmongering people.

And they’d have to be. Otherwise no one would take them seriously.

The dialogue issue is most obvious in a conversation between two of the Overlords, Tia and Rovan (<——the Highborn who doesn’t count). Rovan is acting completely out of character, and Tia, rather than saying something like, “Who are you, and what have you done with Rovan?” which would make sense to a native English speaker, says, “I don’t recognize you.”

And I’m familiar enough with the Rascal Soldier character to assume that he is more than a joker and a gambler. But that belief was a deliberate decision, b/c there wasn’t any evidence to support that claim. At least not until more than halfway through the book when Ness comments that, “Luk, despite his frivolity, is not a man to mess with,” and the lack of evidence had been such that that one statement filled me with a sense of vindication.

Overall, Chasers of the Wind by Alexey Pehov was an entertaining enough read that the obvious translation misfires were merely nuisances that I flicked away like a gnat. The alternately interesting and monstrous creatures, as well as the complexities of the magical races drew me in completely. While I’d not yet classify Chasers of the Wind as dark fantasy, there are definitely hints of darker things to come. Necromancers, overtly feared Overlords known to the masses as Leprosy and Consumption who wield great and terrible power, and wizards whose primary function is controlling demons we’ve yet to encounter, all promise more exciting chapters from this world. I’ll definitely read the next book, and I’d recommend this to readers who like a bit of nefarious in their fantasy.

76 responses to “Review: Chasers of the Wind by Alexey Pehov”