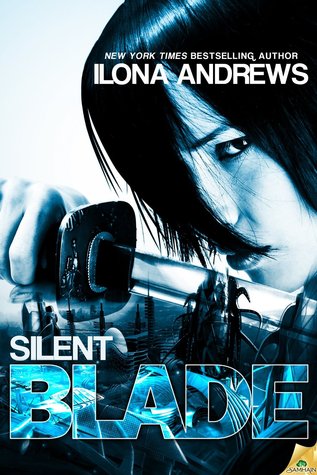 Old hatreds die hard. Old love dies harder.On Meli Galdes' home planet, the struggle for power is a bloody, full-contact sport--in business and on the battlefield. For years her lethal skills have been a valuable asset in advancing her family's interests. She's more than earned her right to retire, but her kinsmen have one last favor to ask.Kill the man who ruined her life.Celino Carvanna's razor-sharp business acumen--and skills with a blade--won him the freedom to do as he pleases. There's only one thing he can't seem to control--his reaction to the mysterious woman who tantalizes his senses. Her eyes alone set his blood simmering, stirring ridiculous adolescent fantasies about breasts and honey. With a few words she dissects his soul. Who is she? And how does she slide so easily under his well-guarded skin?It's almost too easy to draw Celino within the kill zone. Meli plans to revel in him. Drink him in. Wring every drop of pleasure out of every moment.And when she's sure he belongs to her, she will finally repay a decade's worth of pain--in a single, brutal dose of reality.

So after I finished reading Burn for Me, the first book in Ilona Andrews’ new and AMAZING Hidden Legacy series, I got to talking with another Ilona fan who had been told that the world-building in Burn for Me was similar to the worlds in the Kinsmen series and the novella, Of Swine and Roses.

And I was like, “Huh. I can see that.” But it’d been years since my early OMG-I-LOVE-Ilona binge, so I decided a reread was in order.

And here we are.

Some time in the indeterminate future, when space colonization was the new Big Thing, humans began to genetically enhance themselves. They needed to be stronger, faster, heartier, more versatile. Some of these enhancements were tech-based, effecting only the individual, and some were biological, being inherited by offspring.

It was quickly realized that the advantage of these biological enhancements lay in their exclusivity. Thus, the biologically enhanced united and shut down all further biological modification.

And consolidated their power. They were called the Kinsmen, and to maintain both the potency and exclusivity of their enhanced blood, the families arranged marriages for their children based on bloodlines and business alliances.

This is why Meli Galdes was betrothed to Celino Carvanna when she was 10 years old and he was 16.

While neither of them was happy with the arrangement, Meli accepted it, but Celino did NOT. He worked the next 6 years to make himself indispensable to his family, and worth more as an individual than the alliance with the Galdes family.

But where did that leave Meli?

An excellent question. And one you will only get the answer to by . . . wait for it . . . yes, that’s right—READING the book. *winsome face*

Verdict: a quick, fun, and SEXY read. Yes, I know it’s Ilona Andrews, and yes, I know that fabulous as she is, she’s not particularly well known for sexy times, but there’s a first for everything, right? Highly recommended. 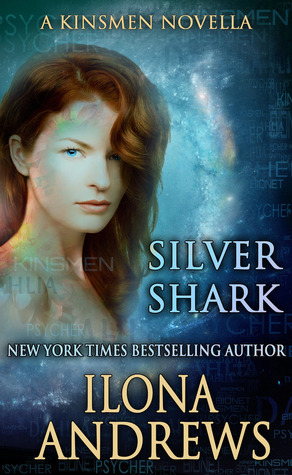 Claire Shannon is a killer. She uses no weapons, only her mind.

Born on a planet locked in a long war, Claire is a psycher, a woman with the ability to attack minds and infiltrate a biological computer network where psychers battle to the death. But when the war abruptly ends, Claire must hide her psycher’s ability to survive. She is deported to a new planet, a vivid beautiful place, where she meets Venturo Escana, a powerful psycher, whose presence overwhelms both her mind and her body.

She thought she had left war and death behind, but now she must fight for her new life and this battle might just cost her everything…

Oh, look! There are TWO kick-asses! Whoopsie. Must’ve been a mistake, right?

Silver Shark is just that awesome.

We’re back in the world of the Kinsmen, only this time we aren’t dealing with two rival families.

The blurb (YAY, I actually read one this time) does an excellent job of summarizing the position Claire Shannon finds herself in on a new planet—she’s hiding her ability, she has a tenuous grasp on a new start, and she has 3 months to successfully find and keep gainful employment, or she’ll be sent back to her home planet, and presumably, KILLED.

And the employment process is kind of like that of a temp agency. You only get so many opportunities, and refusing an interview is mightily frowned upon. Which puts Claire in a tight spot when her first interview is with a company that specializes in the very talent she is trying to keep hidden.

And it gets even better—bossman is HOT. And brilliant. And surly. And all good things. And HOT.

Yeah . . . this short story was a lot of fun. The sci-fi parts are way cool without being overly technical. Claire and Ven are great together, b/c once again, Andrews effortlessly creates immediately likable characters (which is good b/c short story). My only issue was that the ending was slightly abrupt, but then again, that could just be me not liking that it was ending at all. Even more highly recommended.