FORGOTTEN SINS, the first installment in Rebecca Zanetti’s SIN BROTHERS series was just released in audio on May 27th, and I’m pleased to welcome its narrator, Karen White, to Rabid Reads for audiobook month!


1- What’s your favourite genre to narrate, and why?

Honestly, I love that I get to narrate books in many genres. Moving from narrating esoteric non-fiction, to dramatic literary fiction, to memoir — and even within the romance genre from contemporary to paranormal to thriller — keeps me on my toes and keeps me from falling into ruts. And each genre has its own challenges. For contemporary romantic fiction, it’s often getting the sense of humor right, for thrillers like FORGOTTEN SINS, it’s all about pacing.


2- Do you ever feel awkward when you have to read a sex scene (like OMG what if my mom listens to this!)?

…and that’s a challenge, too! Yeah, I hadn’t thought about my mom listening – thanks for that image. :O Seriously, when I recorded my very first romance title (JUST THE SEXIEST MAN ALIVE by Julie James, which had relatively tame sex scenes) it was in a studio working with a 20-something engineer. Who listened carefully to every word, breath, and sound I made :). I was so thankful that there were no windows in the booth so I couldn’t see him, but if we happened to take a break after a sex scene it was awkward for sure! Now I work on my own almost exclusively, so unless my kids sneak up on me I don’t have those awkward moments anymore. And, honestly, my aim is to treat those scenes just like everything else and do my best to keep it real emotionally and in the present. I think that keeps any scene from sounding like a bad soap opera, (unless that what the writer was going for).


3- You did an excellent job of Shane’s Southern twang in FORGOTTEN SINS; what are some of your favourite accents to imitate, and why?

Well, I was born in Virginia and grew up there, and in Kentucky and North Carolina. When I studied theatre in college and graduate school, I had my accent trained out of me. But I do love to slip back into Southeastern accents especially. And now I live in North Carolina again, in a place which has a real variety of accents, so its fun to have those in my ears for research. There’s a guy who comes to my daughter’s softball games that sounds exactly like the mumble guy on KING OF THE HILL. I’d never heard that one in real life before. I literally can only understand every fourth word that he says!


4- How do you keep track of all the different character voices while narrating?

I do a lot of preparation before I record the book (see later question) and then once I start recording, as each character appears I play around a little with their dialogue until I like it, and then I save a little chunk of their dialogue so that I can play it back when I need to. This especially helps with smaller characters who appear sporadically, or across books in a series. With the larger characters, they tend to have more depth and range, but its still good to have the baseline reminder.


5- Did you get a lot of input from Rebecca Zanetti about how certain chapters should be read, or were you given creative freedom?

Traditionally the author has little input into our creative choices. Sometimes a book may get recorded and the author doesn’t even know about it until it comes out! Unless stipulated otherwise in a contract, the publisher has creative control over the audiobook, which they hand over to the producer and director. Since I self-direct, the buck ends with me. Authors do tend to get more involved in casting of audiobooks these days, as they’re becoming a bigger income stream, and some authors go so far as to publish and oversee production themselves. What happens most often these days, though, is that I’ll be given the author’s contact info so I can ask questions regarding pronunciations of names or places (this is really helpful in the fantasy genre when the author is literally creating words) and get any additional details. I wasn’t introduced to Rebecca before starting this series, so I just went with my instincts on creating her characters. Even though there’s a good deal of the brothers’ background that remains a mystery, her characters are well drawn and I felt like I knew them.


6- As a female narrator, do you find it difficult to portray male characters?

When I started out in audiobooks 15 years ago, the trend in the industry was to keep characterization very low key, unless you were recording a children’s book. Since then, things have evolved to the point where some listeners really want to hear a full on performance. More like a radio play than someone reading you a book. My style has adapted to that demand, and I think the romance genre works well when the characters are brought more fully to life. I think I have an advantage in that my voice is on the low side for a woman (I did sing the tenor part in high school chorus when necessary!), so I can go lower than some women. But I’ll never really re-create the sound of a man’s voice. Grover Gardner (a very experienced narrator) once said that it’s all about attitude, and I think that’s true. My goal is to get inside the male character’s heads. Technically I add some edge or roughness to the sound on occasion, but in the end, I think it is mostly about attitude.


7- In FORGOTTEN SINS, which character’s dialogue did you enjoy emulating the most? Why?

This will answer who is my favorite SIN brother as well, I think. Though I haven’t read his book yet, I love Nathan. He’s got this tortured thing going from a past betrayal, he refuses to drop his Tennessee accent even though he was probably beaten for it, he’s a bomb waiting to explode. He just doesn’t give a @#*& what anybody thinks and that comes through in his dialogue. And he’s the funniest, though his humor is dark. On the other hand he cares deeply about his brothers, so altogether he’s got so many levels to play with.


8- How do you prepare to record an audiobook? Do you read the story before going into the studio? Take notes?

I read the book all the way through and highlight and underline things (I use an iPad and annotate on a pdf) including each character, no matter how small, and every detail about that character. Physical appearance and descriptions that include that person’s habitual rhythms are as important as vocal quality. Almost all heroes will get a deep voice description, for example, but one will happy-go-lucky and float along, another seems to agonize and wring their way through every decision and another might have the grace of a panther. Then I’ll type up all these descriptions so I have as specific an image of the person as possible. I’ll also highlight words, names and places I don’t know how to pronounce, and then research those and type those up. The read-through also gives me an idea of the tone of the book and its overall arc.

I do Jill Shalvis’ ANIMAL MAGNETISM series, in which the main characters all work with animals – as veterinarians, doing rescue, etc. Often, she’ll give the animals dialogue, that is, instead of saying that the dog barked, she’ll write “Woof” or “Arf”. For the fun of it, I try and make those as realistic as possible and give them intention, which of course they do have, even if we’re not always sure what that intention is. THEN CAME YOU, coming out this summer, has not only an overweight and grouchy cat (to whom I gave a really ugly voice) but a parrot named Peanut who often yells out inappropriate words. And Peanut is not my first audiobook parrot, so I’m hoping I’m getting good at it!

Karen White is a classically trained actress who has been recording audio books since 1999 and has well over 150 books to her credit and is a proud member of SAG-AFTRA. Honored to be included in Audiofile’s Best Voices 2010 and 2011, she’s also an Audie Finalist and Best Audiobook of the Year winner for 2009, 2010 and 2011 (The Hemingses of Monticello by Annette Gordon Reed, Too Good to be True by Erin Arvedlund, and Everything That Rises Must Converge by Flannery O’Connor) and she has earned multiple Audiofile Earphones Awards, recently for and You Had Me at Woof by Julie Klam and Inside of a Dog by Alexandra Horowitz. Publishers Weekly says of Nothing to Envy by Barbara Demick, “Karen White delivers a stunning reading, her character interpretations are confident and well-rounded, and she forges a strong bond with the audience.” Speaking of Audiobooks says of her, “Karen is one of my auto-buy narrators – if I think a book may interest me, her narration will sway me to give it a try.” 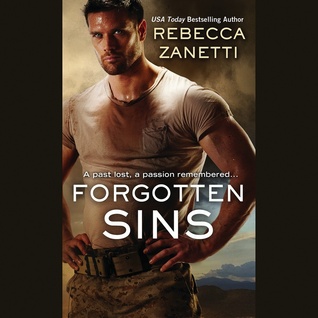 His Secrets Can Destroy Her

From the moment Josie laid eyes on sexy, mysterious Shane Dean, she was in love. Their desire ignited a passionate affair, and within weeks, Shane had slipped a ring on her finger. It seemed her every fantasy was coming true . . . until her new husband disappeared without a trace. Now, two years and one broken heart later, Josie is shocked by the hospital calls: Shane has been found . . . at a crime scene with no memory of how he got there.

Her Love Can Save Him

Shane can’t remember the blue-eyed angel at his bedside—or who he even is—but he knows something isn’t right. His hearing is razor sharp, his physical strength incredible, and the urge to protect Josie overwhelming. For powerful enemies are hunting him, and Josie is the key to discovering why. As Shane struggles to unravel his past, dangerous new truths come to light. Can he protect the only woman he’s ever loved? And can Josie trust a man she thought she knew—one who carries such a deadly secret?

USA Today Bestselling Author Rebecca Zanetti has worked as an art curator, Senate aide, lawyer, college professor, and a hearing examiner – only to culminate it all in stories about Alpha males and the women who claim them. She writes dark paranormals, romantic suspense, and sexy contemporary romances.


Growing up amid the glorious backdrops and winter wonderlands of the Pacific Northwest has given Rebecca fantastic scenery and adventures to weave into her stories. She resides in the wild north with her husband, children, and extended family who inspire her every day–or at the very least give her plenty of characters to write about.

Listen to a Sample