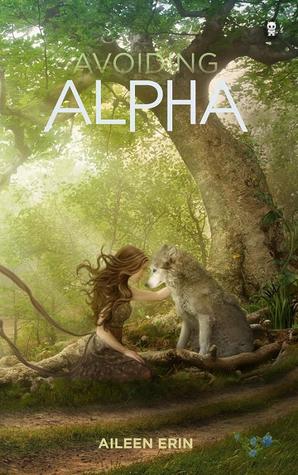 Seventeen-year-old Tessa McCaide has come a long way since her abrupt entrance into the world of werewolves, but she still has just as far to go before she’s comfortable with turning full wolf. In the meantime, she’s avoiding the topic of shifting to four legs any way she can. Thankfully her mate, Dastien Laurent, is quite the distraction.

When she finds her best friend, Meredith, getting sick in the bathroom, Tessa knows something’s majorly wrong. Meredith was cursed years ago, and the dark magic kept her wolf dormant—only now the wolf is awake, and that same spell is killing her.

Tessa has no intention of sitting around while Meredith wastes away. Even if it means playing with magic she doesn’t understand, she’ll do anything to save Meredith’s life. Including bargaining with the local coven of witches and its crazed leader, whose only goal is getting Tessa to join the witchy ranks.

Can Tessa save her friend without losing herself?


This is a cute story about what lengths Tessa is willing to go to in order to save Meredith, her BFF, but calling it book 2 in the ALPHA GIRL series is a bit of stretch in my opinion. This installment doesn’t even have half of the pages that BECOMING ALPHA did (145 vs. 406) which was a bit misleading, and many of the elements that I enjoyed the first time around were practically non-existent in AVOIDING ALPHA. The blurb suggests that McCaide’s bruja half was going to be at the forefront of this story, and I was looking forward to learning more about Aileen Erin’s witchy mythology, but unfortunately the lore fell flat. And, that’s not the only area in which this novella failed to deliver; the werewolves are barely a blip on the radar, and there’s not much going on in the romance department either.

After such a strong debut, I had high hopes for this installment that were slowly snuffed out with every new chapter I read. The world-building was one of the main strengths of book 1, so I was surprised by how sparse it was in this story. I’ve been dying to learn more about Erin’s werewolves, and the magical elements that make up her universe, but sadly this tale had very little in the way of details. It was strictly business: save Meredith. Period. The character growth was practically nil, and this novel did very little if anything to advance this series’ overall plot arc. The whole thing just kinda left me scratching my head wondering what the point of it all was.

Tessa and Dastien’s relationship got off to a rocky start, and I expected there to be some growing pains in AVOIDING ALPHA, but again there was nothing of the sort. They are supposed to “mate” during the upcoming Full Moon Ceremony, and yet they both seem totally ok with this which is weird because 1) McCaide’s only seventeen and 2) they’ve known each other for a mere two months. Their whole romance just rubbed me the wrong way; it was insta-love to the nth degree, and even though I’ve come to expect as much from werewolf books, I just wasn’t feeling their bond. It was missing something.

The secondary characters fell short as well. Axle barely makes an appearance, we learn nothing new about Tessa’s witch cousins, and Meredith is unconscious for the bulk of this tale. Heck, McCaide doesn’t even really grow in this installment either. She’s still scared of her wolf and refuses to change. I couldn’t help but wonder where the meat of this story was because I found it to be very “bare bones”. This novella could have easily been a full length book, and would have been a decent read too had some (or all) of the elements I mentioned been incorporated, but instead it felt like bonus material. It’s as though the author used only her outline to write this installment, and forgot to include all of the little details that turn an idea into a fully fleshed-out story.

I call ’em like I see ’em, and AVOIDING ALPHA is a novella, and a disappointing one at that. I can’t help but be concerned that Aileen Erin’s ALPHA GIRL tank is already running on empty.