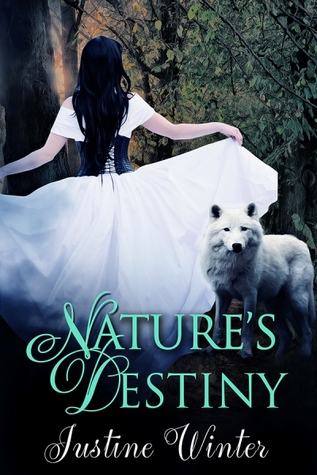 My life was changing, morphing into something greater than I could have anticipated. I was becoming something I didn’t recognise as myself anymore. A Werewolf.

I was different.
Bitten.

‘Hybrid’ was what they called me, and the weight that rested against that one word was crippling. They depended on me to bring them safety. What made me so special?

I was sucked into a world I’d had no idea existed. Twenty-one years as a human, and this was what I found out.

My travelling plans, my writing degree, all of it was gone within one night. One evil night that robbed my humanity.

I wasn’t completely sour. Life had been unfair a while ago, only now I’d had something worth fighting for besides myself. Something to live for.

I’d gone to bed a human and woken up a Werewolf.

A special Werewolf.
A Hybrid.


I couldn’t help but get excited when I first discovered this title because not only is it about werewolves (my favourite), but it’s by a debut author and is considered New Adult which are two things that I don’t read enough of. So, I was psyched to be able to kill two birds with one stone so to speak. The book started out strong with the heroine getting bitten in the prologue, and then experiencing her first change in chapter one. Unfortunately, the story grew stagnant after that and was rather uneventful until the 3/4 mark. The heroine wasn’t believable, the insta-love rubbed me the wrong way, and the secondary characters weren’t well developed. The last fifty odd pages or so were a completely different ball game, and I found myself wishing that the entire novel had been like the closing chapters.

The foundation of Winter’s werewolf mythology is solid; I enjoyed learning about the intricacies of her shifters, and thought that she introduced some interesting new elements to the genre. One being that the various fur colours actually have meaning beyond the obvious link to their hair in human form. Another aspect that I found intriguing was the pack home; I’ve previously read books that have featured a kind of wolf mini-village, but the author takes things a step further in NATURE’S DESTINY by giving them their own infrastructure as well, like a school and hospital. On the other hand, there was a bit of a comical side to the lore as well. For one, these werewolves can avoid the call of the moon by simply closing the curtains, and their clothes magically stay on their bodies when they shift back to human. The latter isn’t that unusual, but the former just seemed a little silly in my opinion.

I think the main reason why I didn’t love this novel is because I had a hard time connecting with Luna; she was just so… simple-minded. She gets turned into a werewolf in the opening chapters, is told by the alpha that she has to give-up her life, and move in with a bunch of strangers. Now, any sane person would resist or at the very least question these imposed changes every step of the way, but not Luna. She just says “ok” like a well-trained dog. The protagonist goes from being a recent university graduate with her whole future ahead of her to a freaking werewolf forced to obey Pack law overnight and doesn’t even bat an eye! Then she falls in love with Riley in one day, and is calling him “the man of her life” before the week is out. The whole thing was just… implausible.

There’s not much of a plot to this book; in fact, I didn’t really figure out the point of the story until the 3/4 mark. I understand that this is the first installment in a new series, so heavy world-building and character development is expected, but there should still be a few plot threads scattered throughout the entire novel, not just at the end. At times, it felt like the author was checking elements off of a list rather than marrying them together in a symbiotic way. Winter would focus completely on one specific aspect then move on to the next one and so on instead of blending the whole together to create a well-balanced read. And, on top of the heroine being not very credible, there were also a couple of other unlikely occurrences, like when one pack wars with another, but only one side experiences casualties. Again, highly improbable.

I rarely adore book 1 in any series because there are always a few growing pains, so I’m not overly surprised that this turned out to be a 3 star read for me. However, the final chapters left me hopeful for the future of NATURE’S DESTINY which means that despite my misgivings, I fully intend on adding the next installment to my wish list.