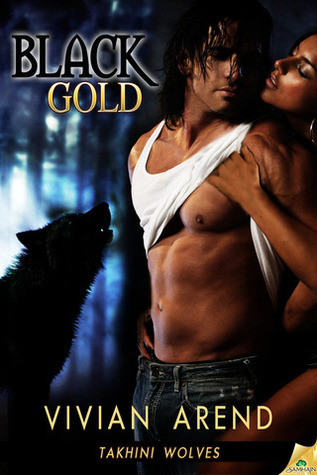 Their wolves are howling at the moon. Their human halves are on different planets.

Lone wolf Shaun Stevens’s automatic response to the words “happily ever after”? Kill me now. Yet with all his friends settling down he’s begun to think there may actually be something to this love-and-roses crap.
When Gemmita Jacobs steps off the plane in Whitehorse, Yukon, it’s about more than her caribou research project. It’s her declaration of independence from an overprotected upbringing. Except there’s something in the air she can’t quite define—something that unexpectedly rouses her mating instincts.

Moments after their eyes lock, the deed is done—and done thoroughly. When the pheromone dust settles, though, all the reasons they don’t belong together become painfully clear.

Warning: Two strong wolves getting exactly what they deserve. Includes wilderness nookie, shifters being naughty in public places, the Midnight Sun as a canopy for seduction and grizzly shifters on the loose. Oh, and don’t forget the sarcasm.

Werewolves in the Yukon. I knew little to nothing about the Yukon before reading this book. Canadian wilderness, where towns are few and far between, is the perfect place for wolves to run free whenever they feel the need. I’m not a big wilderness fan but it was described as wild and beautiful. It’s to this part of the world that sheltered southern belle, Gemmita, comes to work on her final college project. She has hired a pilot to take her into the wilderness to study Caribou. It’s also her first time away from her father’s influence.

Shaun is a part-time pack enforcer for the Takhini wolves and is the whole alpha package. He works for the pack alpha, Evan. After a drunken night, he spends the night at the pack owned hotel. Gem comes to the hotel to be introduced to Evan in his packmaster capacity. She immediately smells her mate but just doesn’t know exactly where he is or even who he is. Not going into how they do meet up except to say that the mate smell takes away Shaun and Gem’s control and things get pretty heated fast. And when the smoke settles the next day, it turns out it’s Shaun that has to pilot/guide her on her trip as his main job is as owner of a flight and wilderness guide company.

This book ended up being quite the adventure. A week spent in the wilderness can either make or break a couple. When that couple includes a willful, female werewolf from an extremely rich family, one with a father that wants total control over her, and things were bound to get interesting. The chemistry between the couple is pretty intense, but can they make it work when Shaun has no intentions of ever leaving the Yukon and Gem has no intentions of moving from her father and her Georgia home? The couple are as different as night and day and everything seems to be conspiring against them. Throw in some shifter politics and bear shifter’s with an agenda and things get even more unpredictable.

I enjoyed the story, the characters,the setting and I thought the shifter world building was well imagined by the author.There’s also a side story about Evan and Caroline, the human that works at the hotel. I look forward to seeing how that plays out in the next book titled, Silver Mine, although from what I can tell, the main characters of that book are not them. The third book(Diamond Dust) is up for a Romantic Times award so that’s on my list to read too-and it’s also the reason I found this book in the first place.