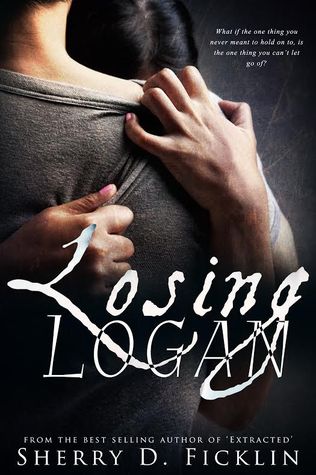 Normally finding a hot guy in her bedroom wouldn’t irritate Zoe so badly, but finding her childhood friend Logan there is a big problem. Mostly because he’s dead.

As the only person he can make contact with, he talks Zoe into helping him put together the pieces surrounding his mysterious death so he can move on.

Thrust into his world of ultra popular rich kids, Zoe is out of her element and caught in the cross-hairs of Logan’s suspicious ex-girlfriend and the friends he left behind, each of whom had a reason to want him dead. The deeper they dig to find the truth, the closer Zoe gets to a killer who would do anything to protect his secrets. And that’s just the start of her problems because Zoe is falling for a dead guy.

Ordinarily, I would never comment on the dedication at the beginning of a book, but I want to comment on this one. “For Everyone who was ever mean to me in high school. Suck it.” I loved this! And it really set the tone for this book, at least I thought it did. The main character Zoe, is every bit as snarky as this dedication sounds and I loved that too. Zoe’s getting ready to start her senior year, but it’s not a happy time for her. Her ex-best friend from when she was younger has just committed suicide. Or did he? Logan was pretty much the most popular guy at her school. He was good looking, rich, smart and funny. While at the funeral home for visitation, Zoe sees Logan and thinks he has just pulled the biggest prank ever. Only it’s not a prank and Logan really is a ghost and Zoe is the only one that can see him.

The book is YA of course. Zoe is sarcastic, funny and underneath her tough personality, a really good person. She has only one real friend, Carlos, her gay BFF. When Logan realizes that Zoe can see him, he is relieved. He doesn’t know why he hasn’t moved on and finally he has someone to talk to. Zoe and Logan begin to realize that he was murdered but he has no idea who killed him. They hatch a plan for Zoe to change her life and infiltrate the popular clique to try and figure out who killed him.

The book is a very fast read, and for the most part I did enjoy it. A few things did bother me. Zoe gets a new wardrobe and suddenly her life is different? Really? It turns out that Zoe is a pretty girl but almost no one notices her until Logan starts coaching her on how to act. It’s explained away by the abrasive personality(sarcasm)she has always had in the past. I really don’t want to tell the whole story but I did want to mention this. The other thing was that I knew from almost the beginning who the murderer was. But then I am not the target audience, so I am sure not that many people will figure it out that easy.

At it’s heart, this book is a romance. A doomed romance, but still a romance. At the same time, the author introduces another guy that cares about Zoe, Kyle, and I really cared about his character as well. Carlos was a pretty great character also. The author has written good characters that you really feel like you know by the end. Zoe’s character, with all her sarcasm and funny remarks, lightens up the mood of the book; without that it would have been a pretty sad story.

Overall, I liked the book and would recommend it to teenagers, probably 14+. There’s a bit of violence, a few curse words and no sexual situations.