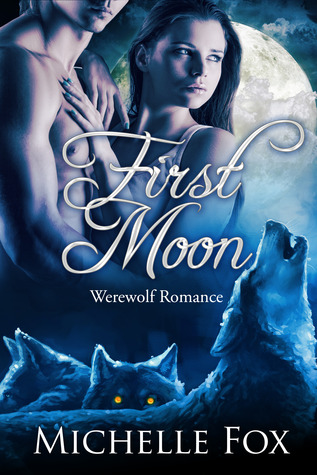 Audrey Levine thinks being bitten by a wolf is just another day on the job. She couldn't be more wrong.

A wildlife rehabilitation specialist, Audrey usually does all the rescuing, but now she's the one who needs help. In ten days, she'll be covered in fur and howling at the moon while the wolf who bit her is out there, waiting to claim her as his own...whether she wants to be his or not.

The biggest problem? The curvy beauty doesn't know any of this.

Werewolf Tao Black is the strong, silent type, which is an asset in his role as pack enforcer. Hot on the trail of a wolf gone bad, he runs into trouble and is saved by Audrey. Realizing her situation, he vows to protect Audrey from the wolf who bit her, no matter what it takes.

But that means going against his alpha's orders...which might get them both killed

When the disclaimer at the front part of the book says Minors should stop here and close the book, you kind of know you’re in for a pretty steamy read. And it was, but unlike some adult books, that part waits until almost half way through, which is refreshing in a book of this type. That being said, there is some falling in love pretty fast, going on in this book.

Audrey is a park ranger in the wilds of upper Michigan. While at a murder scene, she comes face to face with a beautiful wolf, that had been caged by the victim. Because she is a wildlife expert, Audrey takes the animal to her home. It’s not long until the cage is full of a naked man. Tao had been hurt and unable to shift until he finds himself at Audrey’s home. It doesn’t take him long to realize that Audrey has been bit by a werewolf, but not just any werewolf, his brother Nick. Nick is on a rampage and intent upon forming his own pack. He is also intent upon Audrey being his mate, whether she wants him or not.

The premise of the story was interesting to me. A crazy werewolf biting a bunch of people in order to form his own pack, was a new one for me. There was actually more world building then I thought there would be when I started reading this. The birth of the four brothers was pretty different as explained, and the fact that each brother had a different, special power added to the story.

I liked the characters, but really thought that Tao was not as strong an alpha as he should have been, but only when it came to his brother. Usually it’s the female causing the problems that move a story along, but in this case it was Tao.

This story could have been longer, with more suspense and a lot more world building, had the author wanted that. I found myself wanting more. Or maybe I am just used to books a bit deeper then this. Having said that, I would be interested in reading the next book in this new series. The author introduced us to Tao’s other two brothers and I am interested to see who the next book will be about.