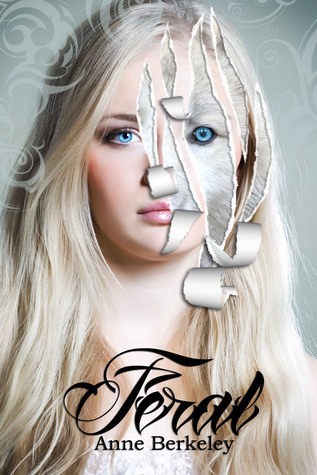 Thaleia Llorente isn’t afraid of the dark, and doesn't believe in the supernatural, but when an incident during a party on Halloween night sends her fleeing into the woods in search of seclusion, she’ll come face to face with one of the creatures she had thought lived only in myths and legends.

Bitten, she’ll need the protection and the help of Icarus Quirinus, her newfound and loathed alpha, to guide her through her transformation and descent into the dangerous world of lycan. Despite his constant need to dominate her, she feels an irresistible and undeniable attraction to him, but can they look past their differences, or will the secrets he holds and her refusal to cede, drive them further apart?

So okay, I recently beta read for the first time and this book made it a very pleasant experience. And by pleasant I mean, I absolutely loved and enjoyed reading this book! Werewolf fan? This book is a must read for you! It was a new spin for me in that genre and I literally couldn’t put it down.

It’s Halloween night, and Thaleia goes to a party with her boyfriend. While there, her not so perfect boyfriend causes her to run away from him-into the woods. Not such a good idea at night. She gets attacked by a werewolf and wakes up in a home-complete with several teenage, male werewolves and one very hot alpha, named Icarus. From the start she butts heads with Icarus and pretty early on it’s obvious that she is also an alpha. She has to come to terms with what she has become, the fact she can no longer go home, and the loss of life as she knows it. As she is smart, beautiful and female, she is being hunted-female werewolves are rare in this world the author has created, and there are men willing to pay a lot of money for them.

The book starts out with Thaleia in high school. But she is eighteen and her love interest is closer to thirty so this is definitely not a young adult read. There is lots of humor, mainly courtesy of the young werewolves-and Thaleia’s sarcasm, lots of bad alpha behavior on Icarus’s part, betrayals, action, a hot romance and even some tragedy. At times you want to slap Icarus upside his head and at other times you love him.

I haven’t read as many werewolf books as a lot of paranormal fans, but I honestly can say this is one of my favorites.  And for the record, I do not know the author, although we are friends on GoodReads. I have also beta read two other books by this author recently, and I can tell you that she knows how to write a good story. I found that the writing flowed smoothly and the conversations felt real. Her characters were fully realized and because of this, you end up caring for most of them. There are a couple of  pretty nasty villains and they were well written as well.

As a fan of indie paranormal books, I think some authors get overlooked for whatever reason-usually the fact that it’s hard to get your book read in the first place. I think this book deserves to be read and not be overlooked! Try it, I really don’t think you will be disappointed. Oh and fun fact for me? My name is in the acknowledgements!