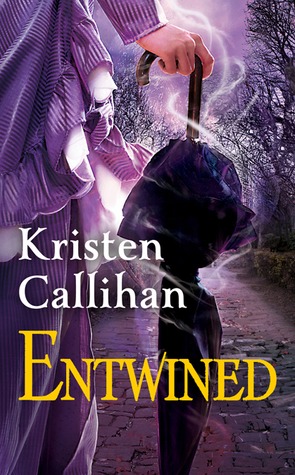 Eamon Evernight has always lived in his older brother's shadow. While his brother is fair of hair and lithe in body, Eamon sparks fear with his fiery locks and massive frame-and rumors of a mysterious power. But when his brother has the good fortune to be betrothed to a beautiful stranger, it's Eamon's help-and quick wit and romantic heart--that he needs. Eamon agrees to write the noble lady...a generous offer that will forever leave him a changed man.

Lady Luella Jane Moran has no interest in an arranged marriage and tries valiantly to dissuade her betrothed from afar. Though her own letters plainly state her case, the words her husband-to-be writes her leave her aching for his touch. Will Lu give in to the desire the missives have kindled within her? Or will desire turn cold when she discovers their true author?

The first chapter of this novella was a little on the slow side; it’s hard to build any real momentum with correspondence exchanges. Luella and Eamon’s letters to each other were rather formal in the early stage which isn’t surprising considering they’re discussing their arranged marriage but the tone gradually becomes more playful and flirty as the years progress. The story gets kicked into high gear when they finally meet face-to-face and the last half of this quick read is an entertaining combination of deceit, growing pains and love. Entwined isn’t as heavy on the paranormal elements as the full-length installments are but nonetheless, you can’t help but be wooed by Kristen Callihan’s romanticized writing style.

For such a short novella, I was pleasantly surprised by the depth of the main plot line. Eamon and Luella’s relationship is built on lies and I enjoyed unraveling the intricate web of deceit that these two find themselves caught up in. From the blurb you’ve probably surmised that Lu falls in love with one brother while thinking he’s another and this theme of mistaken identities is prevalent throughout this story. Eamon isn’t the only one who’s hiding something though and Luella’s truth is not only shocking but somewhat serendipitous as well. I was doubtful that this couple would be able to achieve their happily-ever-after because of all the dishonesty but, in a way, they ended up being stronger because of it.

There’s one very memorable yet awkward sex scene that probably merits a re-read because of its high entertainment factor. Back-in-the-day consummating an arranged marriage must have been interesting to say the least and Callihan spares no details about their clumsy first encounter. Her poor characters! I can’t believe that she put them through that and with an audience no less! If you’re in need of a good giggle then this novella is worth reading just for that one scene. I had a hard time making the connection between this story and the Darkest London series but it still managed to put a smile on my face and for me, that’s all that really matters. Entwined gives readers a nice taste of Kristen Callihan’s writing and delivers a complex tale for its length.