Who Says ROMP Heroines Can’t Be Sexy and Kick A$$?!

Who doesn’t love a kick ass heroine in their books, right?! Now, I confess that I have plenty of love for STOMP, but I think one of the misconceptions of ROMP is that the heroine is usually the damsel in distress, the vulnerable human or yes, the virgin (maybe all three in some situations)…umm NO! There are plenty of feisty female heroines in ROMP that can hold their ground in a world of Alpha males all while keeping it sexy. Here are some of the ladies that come to mind, in no particular order:

Beth of Dark Lover from the Black Dagger Brotherhood by J.R. Ward

Sure, she might dress in designer clothes and rock red bottoms, but this leading lady captured the heart of the vampire King himself with her stubbornness and strength. Beth’s has Wrath right where she wants him…there isn’t anything he won’t do to please his queen. Beauty flawlessly tamed the Beast, let’s give credit where credits due! 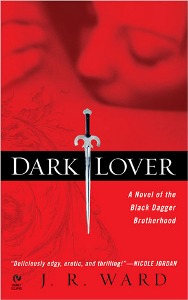 As the only female horsemen of the Apocalypse, Limos is both deadly and beautiful. This ex-future bride of Satan might favor sundresses and fruity drinks, but don’t be fooled she’s just as dangerous as her powerful brothers..they don’t call her Famine for nothing! 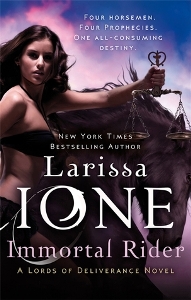 The Valkyrie from the Immortals After Dark Series by Kresley Cole

From Myst the Coveted to Nix AKA “Nucking Futs Nix,” each have their own unique talent and larger than life personalities but one thing’s for certain…all of these awesome ladies are fierce warriors you don’t want to mess with! 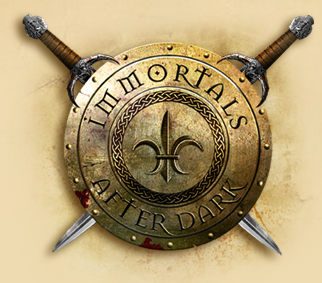 Olivia Hollingsworth of Tall, Dark, and Vampire by Sara Humphrey

A three hundred year old celibate vampire, Olivia runs a nightclub and is the ruler of her coven in NYC. Businesswoman by day, leather clad sentry by night, she’s smart, sassy, has no problem taking what she wants and will not hesitate to eliminate any threat, especially when it comes to those she loves. 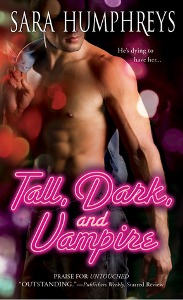 And there you have it…proof that ROMP has its fair share of powerful heroines that kick as much paranormal butt as their counterparts! I wouldn’t mind a girl’s night out with these fun and fearless females. STOMP might have Mercy Thompson, Gin Blanco and Rachel Morgan, but never underestimate the ROMP heroine; she might start off looking all innocent, but as they say, never judge a book by its cover! 😉

Embracing all written creatures of the night… Lip gloss wearing, coffee drinking, book lover and blogger with a love for alpha males and feisty heroines!

Be sure to check out Chelsea’s (Vampire
Book Club) Stomp post before you vote:
Stomp or Romp?

15 responses to “Who Says ROMP Heroines Can’t Be Sexy and Kick A$$?! by Lori (Romancing the Darkside)”