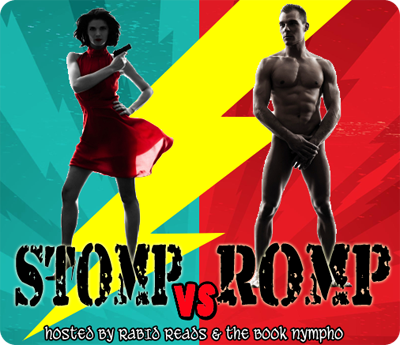 When the Romp has a voice.

I love Stomp in my listens just as much as the next girl. I love any scene that gets my adrenaline going, and a good stomp scene will certainly do that, BUT what keeps me coming back for more is definitely the ROMP.

A perfectly placed  romp scene can get all your senses “going” and  your heart racing, so to prove my point I will give you a little taste of some my favorite ROMP scenes from some of my favorite couples.

I go trough the STOMP just to enjoy more the ROMP.

“Still flat on her back, she pumped her legs wildly, knotting the sheets as she pushed her body away from him. He was tremendous, his shoulders wide as beams, his legs as thick as her torso. She couldn’t see his face, but the menace coming off him was like a gun aimed at her chest.”

“And what beautiful arms they were. Forearms corded with sinew and tendon. Biceps sculpted with the hills and valley of a well-defined muscle.  Shoulders wide and powerful beneath a khaki t-shirt.
My gaze traveled up until I was looking into the face on an angel. Or a fallen angel. Or, well, a fallen angel’s son”

“He’s disturbingly sexual, to men and women alike, in a way that sets your teeth on edge. With Barrons you aren’t  sure if you’re going to get fucked or turned inside out and left a new, unrecognizable person, adrift with no moorings, on a sea with no bottom and no rules.
I was never immune to him. There were merely degrees of denial.”

My name is Loupe D. (Lupdilup) and I’m Romance audiobook junkie…There I said it! And I intend to turn you into one.
I discovered the magic of Audiobooks back in 2008, actually I knew of their existence, but what I didn’t know was all the romance titles available on audio, I always thought that only best sellers and classics were published on audio, to my surprise, I found the series Twilight on audio (I just couldn’t get enough of those books) so decided to give them a try, I’ve never looked back since, and now 300+ Audiobooks later, I wanted to share my experience and my thoughts about the books I’ve listened to.

Be sure to check out Laura’s (Little Read
Riding Hood) Stomp post before you vote:
Stomp or Romp?