We already know that Gena Showalter is the queen of ROMP; so for today’s Stomp vs Romp post we’re letting her writing speak for itself by sharing this sexy excerpt from Black and Blue. If this snippet doesn’t make you weak in the knees well, you should probably check out today’s STOMP post because you’re obviously on the wrong team! 😉

Black and Blue Excerpt:
[quote]She nibbled on her bottom lip. “You did it, then,” she said. “You ended things with Pagan.” It wasn’t a question.


“Good.” She had her arms wrapped around his neck a moment later, her lips mashed against his, her tongue thrusting deep into his mouth, demanding a response.


He lifted her off her feet, his hands firm on her on ass to hold her against him. Now that he had her, he wasn’t letting her go.


He stepped deeper into the—kitchen, he noted— and kicked the door closed, then walked to the wall and slammed her against it. Screw gentleness. The kiss became a wild thing, so down and dirty he couldn’t stop the little growls rising from his throat, his mouth pressing harder, insisting on more from her. Everything. All.


His chuckle was dark and hungry.


His hands tangled in her hair, such silky, soft hair, and he fisted the strands the way he’d always wanted. He angled her head for better access, needing more, desperate for more. He was like a starving man at a buffet, taking, taking more, taking all that he could get, doing to her mouth what he wanted to do to her body.


“Soaking.” She jerked at his shirt even as she arched her hips forward, back, rubbing her core up and down on his erection, creating the most delicious kind of friction.


He removed her tank with a single tug. Her nipples poked through the thin fabric of her bra, and abraded his chest. He was so desperate for her, so hard. And his power was tugging at its leash. Beside him, several pots and pans floated in the air.


“I’m going to play with you for hours,” he rasped.


He wanted to tongue her nipples while his fingers thrust into her, pushing her over the edge once, twice. He wanted his mouth to descend and devour, and push her over a third time. Then . . . finally, then . . . he wanted to lift up and slam home.[/quote]

Gena Showalter is the New York Times and USA Today best selling author of the White Rabbit Chronicles, Otherworld Assassins, Angels of the Dark, Lords of the Underworld, and several of other series. She has written over thirty novels and novellas. Her books have appeared in Cosmopolitan and Seventeen magazine, and have been translated in multiple languages. 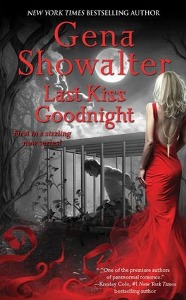 
Black ops agent Solomon Judah awakens caged and bound in a twisted zoo where otherworlders are the main attraction. Vika Lukas, the owner’s daughter, is tasked with Solo’s care and feeding. The monster inside him yearns to kill her on sight, even though she holds the key to his escape. But the human side of him realizes the beautiful deaf girl is more than she seems—she’s his.


Vika endures the captives’ taunts and loathing, hoping to keep them alive even if she can’t free them. Only, Solo is different— he protects her. But as hostility turns to forbidden romance, his feelings for her will be used against him . . . and he’ll be put to a killer test. 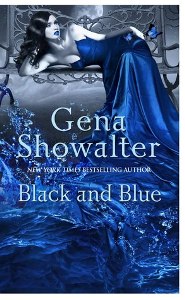 He is every woman’s fantasy…


Corbin Blue is a man of many talents. One of the most powerful otherworlders ever born, he is wealthy, a professional football star, and a legend in the bedroom. But only a select few know he is also a black ops agent…and there is no better killer. When he and his crew are attacked and separated, he’s forced to turn to his boss’s daughter for help?a woman with even more secrets than Blue.


She becomes his only obsession…


Evangaline Black has always been wary, guarded. No man has ever breeched her walls. Until Blue. He has never been denied something he wants, and now, he’s decided he wants her. As he sweeps her into his double life of seduction, intrigue, and danger, he helps her see beyond the darkness of her own past. But as an enemy closes in, Blue will have to let Evie go to keep her safe—even though he’d rather die than live without her…