Introduce Yourself to our readers!

[box]I’m a reader turned author–four years ago my first book released, and I haven’t stopped moving since. I read and write just about anything that’s not scary or gory, and I love happily-ever-afters, so all my books end that way.[/box]

[box]I have light-hearted paranormal wolfie stories (Granite Lake Wolves/Takhini Wolves) set in the Yukon and Alaska. I have crazy/wild water and air shifter stories set on the pacific coast (red-hot warning) and then I have a whole different contemporary side, with cowboys and search and rescue and big family/small town settings. Heat levels vary from hot to scorching, but pretty much you can count on a few laughs along the way. [/box]

[box]This is my…3rd? I’ve loved all my previous RT experiences, and two things to mention to anyone coming the first time. First, there are SO many things to do, you can not do them all. Pick a couple favourites, and then let the rest of it happen naturally. Some of the best times happen when you meet a new friend while you’re standing in the line up to get into the book signing. And second, talk to everyone. Even if you’re shy, trust me on this, the authors are there to talk to you, so head on up and say hello.[/box]

[box]I’ll be at the book signings, the Cowboy Corral event and doing a reader games called Apples to Apples. Oh, and the Samhain Safari–with my wolf hat on ;)[/box]

[box]Ooohh boy, tough question! Which says a lot (heheh). It was during my first RT I was introduced to the chocolate martini, so that’s always a favourite. Also, in my book ROCKY MOUNTAIN ANGEL the gang do shooters, and so an “Angel’s Kiss” is a possibility. [/box]

[box]My paranormal is more on the lighthearted side than some. Ie, not the guts and gore, even if there are bad things that occasionally happen, it’s about the close knit community and in many cases, dealing with mate-bounds in unusual ways. Just because someone sniffs out that the other person is their mate, it doesn’t mean things are smooth sailing from that point on–I love exploring that dynamic.[/box]

[box]Seat of my pants. I have a few events I will be at, but overall the goal is to be there to meet readers. You’ll find me in the bar, on the halls, and I always have special swag with me. I don’t put things out in promo alley–you need to come and get it from me :D[/box]

Vivian Arend in one word: Adventurous. In a sentence: Willing to try just about anything once. That wide-eyed attitude has taken her around North America, through parts of Europe, and into Central and South America, often with no running water.


Her optimistic outlook also meant that when challenged to write a book, she gave it a shot, and discovered creating worlds to play in was nearly as addictive as traveling the real one. Now a New York Times and USA Today bestselling author of both contemporary and paranormal stories, Vivian continues to explore, write and otherwise keep herself well entertained. 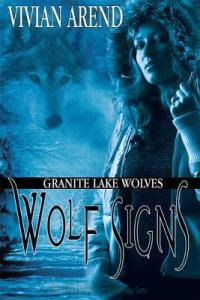 Talk about getting your signals crossed …


Robyn Maxwell doesn’t care that her brother has to cancel out on their backcountry ski trip. She can do it alone. The fact she’s deaf doesn’t make her survival skills any weaker. The chance to get away from it all and relax in the Yukon wilderness is just what she’s been craving.


Meeting wilderness guide Keil at the cabin starts cravings of another kind. Keil’s one hot hunk of ripped, tasty male. Now she has to deal with raging hormones as well as strange questions about wolves and mates and challenges to the death.


Keil was trying for a nice reflective retreat before challenging for the Alpha position of his Alaskan pack. He wasn’t planning on meeting the woman destined to be his mate, or finding out she’s not aware she has the genes of a wolf.


Between dealing with his accident-prone younger brother, a deaf mate with an attitude and an impending duel to the death, his week–and his bed–is suddenly full.


Far from the relaxing getaway any of them had in mind…


Warning: Gives a whole new meaning to the phrase “talking with your hands”. Includes dangerous use of sarcasm and hot nookie in a remote wilderness sauna.[/tab] [tab] 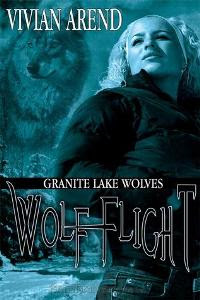 
Tad Maxwell’s workaholism serves to keep his bush-pilot company in the air, and his inner werewolf in check. In the two years since he discovered his heritage, he’s resisted the longing to test the power of his wolf side. It would mean compromising his human principles.


Then Missy Leason re-enters his life. Ten years ago, their teenage attraction never went beyond hand-holding. Now their chemistry is off the charts, pushing him closer to the step he’s not sure it’s safe to take, especially with a human.


But Missy is more like Tad than he realizes. She’s wolf too, and a wolf pack is a dangerous place to have secrets. Missy’s Alpha has sniffed out her carefully hidden Omega powers. Her first response: run from the corrupt Alpha’s plan to make her his mate. Step two: get to Tad, and hope like hell his untapped powers are strong enough to negate her own.


Every touch with Missy is hot, hot, hot, but even finding out she’s pure wolf doesn’t solve Tad’s dilemma. Is she using him, or are they truly destined mates? Only one thing is certain. He will defend her to his last breath—on his terms. Even if it means losing his life. 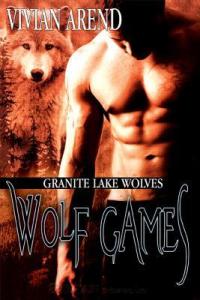 
After seven years of total denial, Maggie Raynor’s body—and her inner wolf—are in full revolt. Weak and shaky, she literally falls into the very large and capable arms of the Granite Lake Beta, Erik Costanov. The last thing she wants is a mate, particularly when just looking at another wolf scares her to death. And one as big and sexy as Erik? Really bad idea, no matter what her libido says.


Erik expected to meet Maggie in Whitehorse to escort her to the home of her sister, his pack’s Omega. Sheer chance puts him in the right place at the right time to catch her, but the realization that hits him with the force of a full body shot is no accident. She’s his mate. An even bigger shock? She wants no part of him—not until she resolves her issues.


She’ll have to work fast, because they’re both selected to represent the pack during the premier sporting event for wolves in the north. Not only will she have to work as a team with Erik, she’ll have to face down her fear of wolves. Let the Games begin. 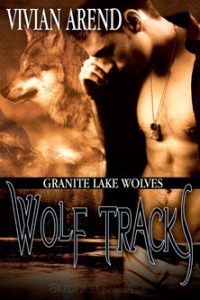 Score one for the underdog…er…wolf.


TJ Lynus is a legend in Granite Lake, both for his easygoing demeanor—and his clumsiness. His carefree acceptance of his lot vanishes, though, when his position as best man brings him face to face with someone he didn’t expect. His mate. His very human mate. Suddenly, one thing is crystal clear: if he intends to claim her, his usual laid-back attitude isn’t going to cut it.


After fulfilling her maid-of-honor duties, Pam Quinn has just enough time for a Yukon wilderness trip before returning south. The instant attraction between her and TJ tempts her to indulge in some Northern Delight, but when he drops the F-bomb—“forever”—she has second thoughts. In her world, true love is a fairytale that seldom, if ever, comes true.


Okay, so maybe staging a kidnapping wasn’t TJ’s best idea, but at least Pam has the good humor to agree to his deal. He’ll give her all the northern exposure she can stand—and she won’t break his kneecaps.


Now to convince her that fairytales can remake her world—and that forever is worth fighting for.


By popular demand: Clumsy sidekick wolf grows up, sarcasm reigns, and the wilderness gets wilder. Includes hot nookie in places you expect—like a remote cabin—and places you don’t.[/tab] [tab] 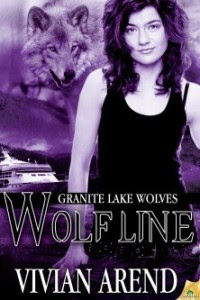 Into the best-laid plans a little chaos must fall…


Jared’s not sure how his quiet morning coffee near the harbour ended with him on a cruise ship impersonating one of his pack mates. Well, it might have something to do with a woman, but who can blame him? The female of the species was made to love, and he’s more than willing to share his considerable skills in that area. Especially since he figures the chances of meeting his own one-and-only are slim.


Keri Smith is positive the last-minute recruit sneaking aboard the Arctic Wolf Cruise Lines tour is her mate. Ix-nay on confirming that, though, at least for the next ten days. She’s promised her best friend to be overall troubleshooter for the shifter-only cruise. Getting tangled up in mating lust would reduce her skills to nil. Avoidance of the sexy wolf for the duration of the cruise, followed by jumping his bones, seems the logical solution.


But when libidos are on the line, “logic” and “wolves” don’t go together. Throw in suspicions of wrongdoing, and these two virtual strangers will need a lot more than luck to find their way through to forever. 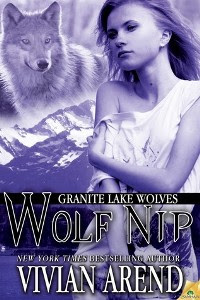 Cat got your tongue?


Tessa Williams is looking to make her mark outside the family business, and the unusual landlocked paddle wheeler she spots in Haines, Alaska, strikes her as the perfect location. Only the owner is being difficult, refusing to sell. Still, she’s sure that replacing her written queries with a little in-person charm is all she’ll need to shortly have her Eco-tour B&B on the road to success.


Local wolf-slash-owner of said vessel, Mark Weaver, isn’t hanging on to the landmark building out of spite. There are more reasons for holding back the sale than are easily explained on paper. A face-to-face meeting to resolve the matter only confounds it—when Mark recognizes Tessa as his mate.


But she’s a cat…and cats don’t do insta-mates.


The sexual attraction between them isn’t in question, just everything else. He wants her. She wants twue wuv. His wolf can’t figure out what the holdup is. Her cat thinks the entire situation, and the pack, are rather amusing.


Somewhere in here is the beginning of a beautiful relationship—if they don’t drive each other mad.


Warning: One hyper cat, one laid-back wolf. Inappropriate use of permanent markers, and a heaping side dish of cat/dog jokes. Shenanigans (read: nookie) in front of a roaring fire. Spiced liberally with sarcasm. Enjoy![/tab] [/tabcontent] [/tabs]