Please join me in welcoming the lovely Cat Adams, author of the Blood Singer series, to the blog today!

[box]Hi, I’m Cathy Clamp, the “Cat” part of Cat Adams. The Blood Singer series is the third paranormal romance/urban fantasy series for myself and co-author C. T. Adams, following our Tales of the Sazi and Thrall series for Tor Books. [/box]

Tell us a little about your books:

[box]The Blood Singer novels feature Celia Graves, who was a vanilla human living in a paranormal world. Magic is real. Vampire and werewolves exist, and are the enemy. Vampires, or “bats” hide in shadowed alley and hunt prey like feral animals. So when Celia is attacked by one, nobody is more shocked than her that she doesn’t die. Instead, she becomes an Abomination, neither fully human or bat. The bite also awakens a heritage she didn’t know existed. She’s part siren, able to psychically influence people against their will. The police think she should be staked, the vampires don’t trust her and even her friends aren’t entirely sure she won’t turn bad.[/box]
[box]The Tales of the Sazi series follow shapeshifters who walk among us in plain sight. Love and lust mingle with murder and betrayal among those who wear fur on the full moon.[/box]
[box]The Thrall is a trilogy about Kate O’Reilly, a woman with psychic abilities strong to make her the target of the Thrall, a group of parasitic sentient with a hive mind that attach themselves to human bodies by wrapping themselves around the brainstem of “Hosts”. Kate fights to keep the whole world from becoming prey to the evil Thrall.[/box]

[box]First, wear comfortable shoes! You’ll be walking a lot. Next, talk to people. You’ll discover you have a lot in common with other readers, even if you don’t read the same kind of books.[/box]

[box]I’m actually giving a workshop on understanding author contracts. If you’re an aspiring writer, you’ll definitely want to attend this one! I’ll also be at the Intergalactic Bar & Grille, which is an AWESOME party hosted by SF author Linnea Sinclair. Definitely drop by that one. There are party games, free books & prizes galore.[/box]

[box]I know so many authors, and am a fan of so many others that it’s hard to pick only one![/box]

[box]All of our books are paranormal! Wereanimals, psychics, vampires, witches and pretty much anything you can imagine—all with great characters and action plots.[/box]

What’s your favorite paranormal and why?

[box]My personal favorite type of paranormal? Probably vampires. There are so many things to do with the walking dead, that the possibilities are endless.[/box]

[box]Our most recent book is The Eldritch Conspiracy, where Celia is tasked with protecting her cousin, a siren princess, as she marries the King of an Eastern European country.[/box]

[box]I don’t know that it’s inspiration, so much as it’s how I think.[/box]

[box]I’m actually driving in from Central Texas. It’s a long drive, but I can carry a lot more goodies for fans! Hopefully I’ll meet a bunch of new people. It’s the best part of cons. :)[/box]

C.T. Adams and Cathy Clamp began writing as a team in 1997. They quickly learned that their individual talents in writing created a dynamite combination in historical and paranormal novels!


Cathy resides in the Texas Hill Country with her husband, dogs, cats and 24 Boer/Spanish cross goats!


Cie is currently relocating to the Denver metro area with her dog and cats. 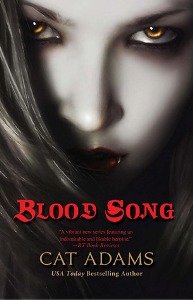 Bodyguard Celia Graves has definitely accepted her share of weird assignments, both human and supernatural. But her newest job takes the cake. Guarding a Prince from terrorists and religious fundamentalists is hard enough, but it seems like the entire supernatural world is after this guy too. When she is betrayed by those she is employed to help, and everything goes horribly wrong, Celia wakes to find herself transformed.


Neither human nor vampire, Celia has become an Abomination—something that should not exist—and now both human and supernatural alike want her dead. With the help of a few loyal friends—a sexy mage, a powerful werewolf, and a psychic cop—Celia does her best to stay alive. On the run from her enemies, Celia must try to discover who is behind her transformation…before it’s too late.[/tab] [tab] 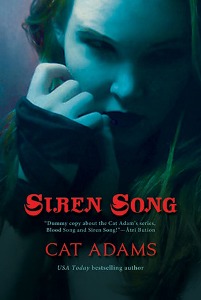 Nothing if not resilient, Celia Graves is slowly adjusting to being a half-human, half-vampire Abomination. But her troubles are far from over. Her best friend’s murder is still unsolved, the cops are convinced she should be in jail, and her old lover, the magician Bruno DeLuca, has resurfaced in her life, saying he has something important to tell her.


The vampire attack that transformed Celia kicked her latent Siren abilities into high gear, and now she’s been summoned to the Sirens’ island to justify her existence—and possibly fight for her life—in front of the Siren Queen. Celia isn’t sure she’ll survive to make the trip. The demon she defeated in Blood Song hasn’t exactly gone quietly—he’s left Celia suffering from a powerful curse.[/tab] [tab] 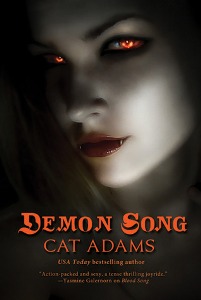 In a world where magic is real and the supernatural is almost normal, bodyguard Celia Graves has survived a vampire attack which made her a half-vampire and awakened her latent Siren abilities. She’s battled a Siren Queen to the death and twice faced down a demon that wants to kill her–slowly. She’s also had her heart broken–twice–by her old flame, magician Bruno DeLuca.


Perhaps the worst thing was the discovery that Celia’s life has been warped by a curse laid on her during childhood–the cause of everything from the death of her little sister to the murder of her best friend the same night that Celia became an Abomination.


An ancient rift between the demonic dimension and our own–sealed during the destruction of Atlantis–begins to open, threatening to loose all the demons of hell on humanity (including the one personally bent on destroying Celia). Celia’s hellish recent experiences have given her the unique combination of abilities needed to close the rift. But to overcome the curse, which nearly guarantees her failure, she’ll need to join forces with people she no longer trusts…and put people she has come to care about directly in harm’s way. [/tab] [tab] 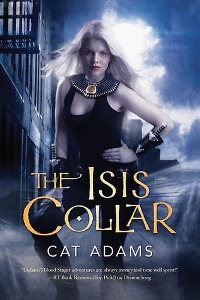 Celia Graves was once an ordinary human, but those days are long gone. Now she strives to maintain her sanity and her soul while juggling both vampire abilities and the powers of a Siren.


Warned of a magical “bomb” at a local elementary school, Celia forces an evacuation. Oddly, the explosion seems to have no effect, puzzling both Celia and the FBI. Two weeks later, a strangely persistent bruise on Celia’s leg turns out to be the first sign of a magical zombie plague.


Finding the source of the plague isn’t Celia’s only concern. Her alcoholic mother has broken out of prison on the Sirens’ island; her little sister’s ghost has possessed a young girl; and one of Celia’s boyfriends, a powerful mage, has disappeared. 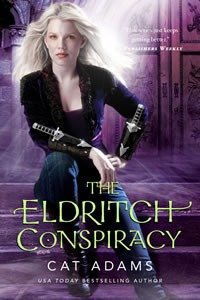 Celia Graves was once an ordinary human, but those days are long gone. Now she strives to maintain her sanity and her soul while juggling both vampire abilities and the powers of a Siren.


Not every bride needs a bridesmaid who can double as a bodyguard. But Celia’s cousin Adriana is no ordinary bride: she’s a Siren princess, and she’s marrying the king of a small but politically important European country. She’s getting death threats from fanatics who want to see the whole Siren race wiped out—including Celia herself, who is half Siren.


Luckily, Celia is on duty when a trip to a bridal salon is interrupted by an assassination attempt, so everyone survives. When Adriana returns to the Siren homeland to try to prevent a coup, Celia is free to hunt for the terrorists and the vile mage who is helping them (while keeping her eyes open for the perfect maid-of-honor dress).


Assuming the bride and groom both live to see their wedding day, this will be one royal wedding no one will ever forget. [/tab] [tab] 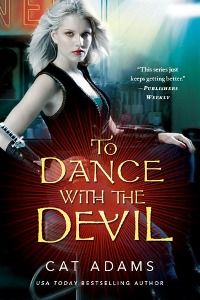 
Celia Graves’s newest client is one of the last surviving members of a magical family that is trapped in a generations-old feud with other magic-workers. She’s supposed to die at the next full moon unless Celia can broker peace between the clans or break the curse before it can take effect.


For the first time in a long while, Celia’s personal life is looking up. Her vampire abilities seem to be under control, her Siren abilities have gotten more reliable, and even though her office was blown up, her services are more in demand than ever now that she’s fought off terrorists and been part of the royal wedding of the year. Her friends all seem to be finding love and her grandmother has—finally—agreed to go to family therapy. The only trouble spot is Celia’s love life. Not long ago, she had two boyfriends.


Now she barely has one and she isn’t sure she wants him. But Bruno DeLuca is a powerful mage and Celia needs his help . . . especially after she’s attacked and her client is kidnapped. [/tab] [/tabcontent] [/tabs]