Today I’m thrilled to have Amanda Carlson on the blog! Not only does she write kickass werewolf books (a girl after my own heart!) but she’s also super down-to-earth so don’t be shy to chat her up on Twitter!


Introduce yourself to our readers:

[box]Jessica McClain is the only female werewolf on earth. My supernatural world is big and there’s plenty of action and adventure, and of course, a little snark. What’s a heroine without a little pluck?[/box]

[box]This will be my 3rd. I’m very excited. I love this con because of all the fun parties and get-togethers. There’s always something going on and people to see.[/box]

[box]Putting a face to a name. I love meeting people and getting a chance to socialize with people I’ve interacted with virtually. Nothing beats that.[/box]

Where can we find you at RT? Are you on any panels, going to any parties, etc?

[box]I will be at many of the parties, no panels this year. I will be at Club RT, which is a causal meet-up spot, on Wed. from 2:45 pm – 4:00 pm. Come and find me there if you’d like a chance to chat or have your book signed. I’ll also be at the big book signing on Saturday. [/box]

[box]It will either be a martini or a beer. I know, right? But sometimes I feel fancy, and you know…other times it’s just Miller Time.[/box]

[box]HOT BLOODED is book two in the Jessica McClain series and Jessica is on the journey of her life. She’s out to rescue her man and along the way she’s in for some bumps and bruises as she tries to figure out her new power as a wolf. I introduce come fun secondary characters and it’s full of action and adventure. I love action, it’s my very favorite to write, so I do it a lot.[/box]

[box]I fell in love with this genre as a reader years ago, but as a writer the world building is what pulled me in. It’s so fun to be able to create any rules you want. It also enables the heroine to be very kickass in a way she couldn’t if she were human. [/box]

How are you traveling to RT?

[box]Miss Julie Ann Walker. She’s a hoot and if you haven’t read her books, you definitely should! Engaging romantic suspense, ex-military men. The Black Knights are hot![/box]

[box]To network and connect with fans, readers and bloggers. I think it’s essential. It’s a big world out there and it’s important to connect with your audience.[/box]

[box]Oh, it’s fly-by-the-seat-of-my-pants ALL THE WAY! Can’t wait to see you there! [/box]
[box]Thanks for hosting me today. So excited that HOT BLOODED is releasing next week! I hope everyone enjoys it.[/box] 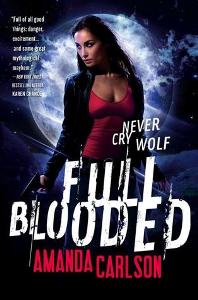 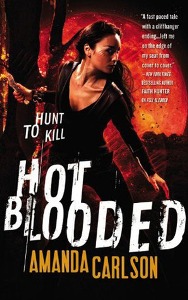 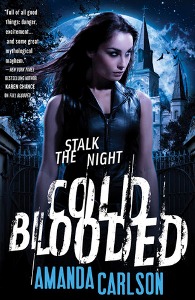 
The Vamp Queen ends up owing Jessica, but what Jessica doesn’t realize is just how soon she’ll have to cash it in.[/tab] [/tabcontent] [/tabs]