[box] My Wolf’s Pride series follows seventeen year old Pride through three stories. Captured and confined her whole life, Pride dreams of freedom. As she fights for it, traitors emerge, secrets are revealed, and tough choices must to be made.[/box]

[box]This is actually my second RT convention. I attended the Orlando conference in 2010. I wasn’t published in Young Adult at the time and this year I’m really looking forward to connecting with teen readers![/box]

[box]“IF’ you see me at the bar. LOL. You mean, WHEN we see you at the bar, right? I will likely be having a glass of red wine, or maybe an apple martini.[/box]

[box]I’m actually hoping to take in the sights. Fellow YA Paranormal author Shawna Romkey, (author of Speak of the Devil) is in my local chapter here in Nova Scotia, Canada. She is actually from Kansas City, MO. so she’ll be showing us her city![/box]

[box]I’m flying and I HATE flying. I’ll be travelling with fellow author Lilly Cain. She’ll be holding my hand the whole time![/box]

[box]Tons of people, including Nikki Duncan, Mackenzie McKade, Lina Gardiner and I believe two other people. Should be lots of fun.[/box]

[box]I attend so I can meet readers, hang out with fellow writers, catch up on industry news, and meet up with my agent and editors.[/box]

[box]Totally planned out! I have an agenda. Yeah, I’m one of those people. LOL[/box]

Cat Kalen is a multi published author in the romance genre under two pen names, Cat is a wife, mom, sister, daughter, and friend. She loves dogs, sunny weather, anything chocolate (she never says no to a brownie) pizza and watermelon. She has two teenagers who keep her busy with their never ending activities, and a husband who is convinced he can turn her into a mixed martial arts fan. Cat can never find balance in her life, is always trying to find time to go to the gym, can never keep up with emails, Facebook or Twitter and tries to write page-turning books that her readers will love.


A maritime native and former financial officer, Cat has lived all over Canada but has finally settled down in her childhood hometown with her family. 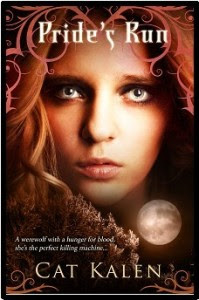 Seventeen year old Pride is a tracker—a werewolf with a hunger for blood. Taught to trick and to lure, she is the perfect killing machine.


Kept leashed in the cellar by a master who is as ruthless as he is powerful, Pride dreams of freedom, of living a normal life, but escape from the compound is near impossible and disobedience comes with a price.


When she learns her master intends to breed her she knows she has to run.


Pride soon learns if she is to survive in the wild, she must trust in the boy who promises her freedom, the same boy she was sent to hunt.


With life and death hanging in the balance the two find themselves on the run from the Paranormal Task Force—officers who shoot first and ask questions later—as well as her master’s handlers.


Can Pride flee the man who has held her captive since birth and find sanctuary in the arms of a boy who has captured her heart? Or will her master find her first?[/tab] [tab] 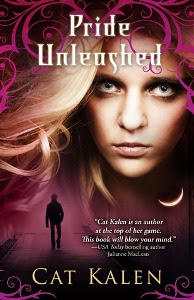 Seeking revenge, Pride is headed back to the compound where she was once nearly broken to the will of an evil master. She’ll stop at nothing to free the enslaved wolves still caged in the estate’s underground prison. Knowing there is only one way back inside the fortified mansion, Pride allows herself to be captured.


Armed with a plan, she finds herself back in her cage but when things begin to unravel, she once again finds herself at the mercy of her former master. This time, however, she knows she has two wolves on her side, Logan and Stone—powerful alphas who will both fight to the death to free her.


Except the compound hides secrets that threaten both her heart and her identity and when bonds are tested and bloodlines are revealed, Pride realizes if she completes her mission she’ll be releasing her pack into a world where no one, least of all Pride, is safe.[/tab] [tab] 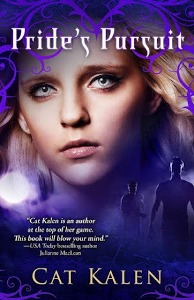 After defeating her master and releasing the enslaved wolves, Pride, Logan, Stone and the rest of the pack return to the Canadian mountains only to discover a village in chaos. Feeling responsible for the carnage, Pride is determined to show the world exactly who the monsters really are.


When her pack refuses to let her fight alone, Pride and her team set out to change mankind. But when her leadership is tested and a traitor emerges, not only must Pride pick between the two boys who love her most, her choice could either help put an end to war on the wolves or it could endanger the very existence of her kind.[/tab] [/tabcontent] [/tabs]