Today I’m chatting with author Coreene Callahan about her upcoming trip to this year’s RT Convention. She currently has two paranormal series’ on the go: Dragonfury and Circle of Seven.

Hi Coreene! Thanks so much for taking a few minutes out of your busy writing schedule to chat with me and my readers!

[box]Hi Everyone! I’m Coreene Callahan, author of the Dragonfury novels and the Circle of Seven series. Last year, I released four books, three in the Dragonfury series (Fury of Fire, Fury of Ice and Fury of Seduction) as well as Knight Awakened, the first book in the Circle of Seven series. [/box]
[box]Fury of Desire (Dragonfury series, book 4) will be released this fall—October 15th, 2013. And I’m super excited about that! [/box]
[box]Okay, so what else can I tell you about myself? I’m Mom to three very busy girls and one happy-go-lucky golden retriever. I love sports of all kinds, have played hockey all my life, and was an interior designer before I became a full time writer. I still dabble in design, and am forever repainting rooms, moving furniture around while I fantasize about gutting my kitchen to design the one I really want. All of which drives my hubby crazy![/box]

[box]All right, so the first thing you should know is….[/box]
[box]I’m an action junkie who loves suspense and intrigue. Add that to the fact I’m fascinated by the psychological complexities of human behavior and…watch out! Both the Dragonfury and Circle of Seven series have plenty of all three, helping me create complex characters set in interesting worlds that hold my attention.[/box]
[box]The Dragonfury novels are a blend of action, fantasy, and steamy romance that revolve around a secret race of dragon-shifters and their struggle to defeat a rogue faction of their kind. Half-dragon, half-human, able to shift form at will, the dragon-warriors are the only thing standing between humankind and annihilation. [/box]
[box]A paranormal historical series, the Circle of Seven novels are hard-hitting stories about a group of elite assassins in fourteenth century Transylvania. Marked for death by the leader of their old order, they are not only fighting to survive, but to find new purpose in the world. They find it in Knight Awakened (Circle of Seven, book 1) when Xavian captures Afina, high priestess of a magical order. She needs protection from a warlord’s cruel ambition. Unable to hand her over, Xavian provides the safe haven she requires. It’s a race against time in a place where nothing is as it seems, but where two people find each other and the courage to take a chance on love.[/box]

[box]No, it isn’t. I was fortunate enough to attend last year. A complete newbie to the RT experience, I had no idea what to expect, but ended up having such an amazing time meeting readers and other authors that I couldn’t resist coming back for more this year. RT is a fabulous convention![/box]

[box]I’m most looking forward to connecting with readers. As most writers will tell you, writing is a solitary profession. We spend a lot of time inside our own imaginations (the place I like to call, my “bubble”), so I love when I get the opportunity to connect with other people who love books and stories as much as I do. [/box]

Tell us a little about your newest book:

[box]I finished writing Fury of Desire (Dragonfury series, book 4) a little over a month ago, and am oh so excited about it. It’s Wick’s story, a character I have loved from the moment I met him in Fury of Fire (book 1). There is just something about a bad boy, isn’t there? Particularly one with a shady past and an uncertain future. But all that changes when he meets the woman meant to be his. Their love story simply blew me away, and I’m so very glad he got his happily-ever-after in the end.[/box]

[box]I’m more of a fly-by-the-seat-of-my-pants kind of girl, but I’ve come to recognize the value of planning (“Finally!” my hubby would say). So when I go to a convention now, I look to strike a balance between planned events versus spontaneous activities. Planned events are essential as each one allows people to find you in a particular location if they want to, and also brings value to readers in the form of organized activities, giveaways etc. (which I love!). But I like to remain flexible enough to sit down for a coffee or over a drink to chat with new friends when the opportunity arises. [/box]

[box]Thanks so much for inviting me to be here today! I had a great time answering your questions and hope to see you at RT this year! If you attend, please look me up. I’d love to chat with you! To learn more about the Dragonfury novels and Circle of Seven series, please visit my website at www.CoreeneCallahan.com. Or stop by my Facebook Author Page for all the latest news. [/box]

As the only girl on all guys hockey teams from age six through her college years, Coreene Callahan knows a thing or two about tough guys and loves to write about them. Call it kismet. Call it payback after years of locker room talk and ice rink antics, but whatever you call it, the action better be heart stopping, the magic electric, and the story wicked, good fun.


After graduating with honors in psychology and working as an interior designer, she finally succumbed to her overactive imagination and returned to her first love: writing. And when she’s not writing, she’s dreaming of magical worlds full of dragon-shifters, elite assassins, and romance that’s too hot to handle. Callahan currently lives in Canada with her family and writing buddy, a fun-loving golden retriever. 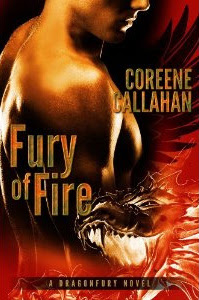 A clandestine race of half-dragon, half-humans known as dragon-shifters lives among us. Bastian, leader of the Nightfury dragon clan, is sworn to protect humankind at all costs. For him, honor and duty always come first. When the clan dictates he take a human mate to sire a son, he falters, aware that for a human to birth a dragon-shifter she must die. Myst, the woman given into his care, is the most extraordinary he’s ever met, and though he can’t bear the thought of harming her he is bound by duty.


Myst loves her life in the human world, but Bastian has captured her heart in an instant of electric connection. But Bastian and his warriors are in the middle of a deadly battle with the Razorback dragon-shifters, intent on killing every Nightfury clan member—and the humans they protect—the fate of their world and ours hangs in the balance.


An extraordinary blend of action, fantasy, and steamy romance, Fury of Fire brings to life a dangerous new world intertwined with the survival of humanity, all while exploring the meaning of honor and the nature of true love.[/tab] [tab] 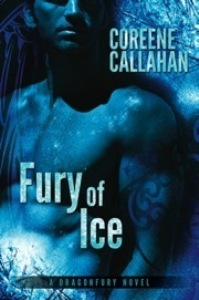 Homicide detective Angela Keen thrives on the city’s rough streets. But when she becomes the prize of all prizes in the dragon-shifter world due to her “high-energy” status, she gets more than she bargained for. Kidnapped by Lothair of the Razorback clan, Angela barely survives captivity before managing to escape. Hurt and alone with nowhere to hide, she faces certain death when Lothair uses the trace energy she leaves in her wake to hunt her down. But before he can reach her, a mystery dragon-shifter intervenes and saves Angela’s life.


Now a guest of the Nightfury clan, Angela regains her strength as her rescuer, Rikar, the last living frost dragon, gradually breaks down her mistrust. Surrendering to her desire for Rikar, but still uncertain of her feelings, Angela goes against his wishes and agrees to be used as bait to lure Lothair into the open. As the battle commences, the true struggle comes from within: Will Angela return home to the life she loves, or forsake it all to be with Rikar?[/tab] [tab] 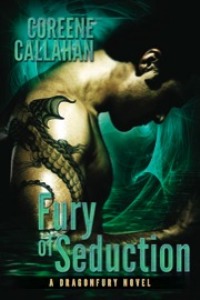 Successful landscape designer Tania Solares prides herself on living by her own terms, relying on no man to provide for her. But her carefully controlled life takes a turn for the extraordinary when her inquiry into the disappearance of her best friend thrusts her between two warring factions of dragon-shifters. Suddenly Tania’s survival depends on Mac, a newly initiated dragon-warrior who will break every rule to keep her safe.


Now that Tania knows the truth about Dragonkind, returning to her old life is too grave a risk. Ivar, leader of the Razorbacks, plots to decimate the human race, and Tania is just the tool he needs. Despite the danger, Mac cannot deny her a choice: Trade the independence she’s fought so hard to achieve for safety in a magical world, or turn her back on the man she’s grown to love in order to reclaim a freedom that might not last? It is an impossible choice. And yet a sacrifice must be made…[/tab] [tab][/tab] [tab] 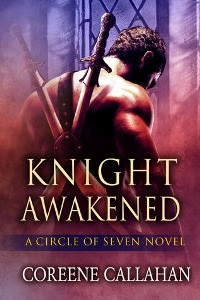 In AD 1331, warlord Vladimir Barbu seizes control of Transylvania. But in spite of his bloody triumph, his claim to the throne remains out of reach. The king of Hungary opposes his rule, the Transylvanian people despise his brutal ways, and the high priestess needed to crown him has vanished without a trace. But Barbu hasn’t come this far only to be thwarted by a woman. He unleashes his best hunters to track her down and bring her to him—dead or alive.


For Xavian Ramir, killing is the only life he has ever known. Torn from his family when he was a child, he was trained from an early age to be an elite assassin. But now he longs for something more, vowing to start anew after one last job. The bounty on his target’s head is enough to set him up for good—if he can resist the long-dead conscience that stirs to life when he meets his beautiful mark.


Afina Lazar never wanted to become high priestess, but the brutal murders of her beloved mother and sister leave her no choice. Now she is running for her life, desperate to protect the magical amulet entrusted to her care. But when Barbu’s assassin comes for her, she realizes her only chance of stopping the warlord’s rise to power is to convince this enigmatic—and handsome—hunter that she is more valuable alive than dead.


Dramatic and fast-paced, Knight Awakened is a stirring love story between two people searching for a second chance in a magical world of assassins, warlords, unearthly beasts, and nonstop adventure.[/tab] [/tabcontent] [/tabs]

13 responses to “Para-RT13: Interview and Giveaway with Coreene Callahan!”