Today’s Para-RT13 post is short and sweet. When I contacted Shannon K. Butcher about participating she was on a tight deadline and couldn’t squeeze me in. I understand. Authors have to write after all; it’s what keeps me stocked with books! Shannon was kind enough to sponsor a giveaway though and here it is! They are the Sentinels. Three races descended from ancient guardians of mankind, each possessing unique abilities in their battle to protect humanity against their eternal foes: the Synestryn. Now a warrior must protect a strong-minded woman from an incredible evil…

A beautiful, independent Theronai, Rory Rainey knows that her attempts to be a warrior are futile—unless she can stop the demonic visions that torment her. Determined to be free, Rory sets out to find the mysterious guardian who can cure her, before she loses her sight—or her life. But Rory’s journey brings its own dangers when she is attacked by a pack of Synestryn sent by the demon lord Raygh.

Cornered and desperate, Rory narrowly escapes with the help of a sword-wielding stranger. Cain knows that Rory needs his protection to survive, just as he knows that her power is compatible with his own. And when Rory binds herself to Cain, the warrior knows he will do anything to keep her safe from the threat of the demon lord that pursues her…

Since launching her career in 2007, award-winning author Shannon K. Butcher has penned more than eighteen titles, including the paranormal romance series, the Sentinel Wars; the action-romance series, the Edge; and a handful of romantic suspense novels and works of short fiction. Being a former engineer and current nerd, she frequently uses charts, graphs and tables to aid her in the mechanics of story design and to keep track of all those pesky characters and magical powers. An avid beader and glass artist, she spends her free time playing with colored glass and beads. 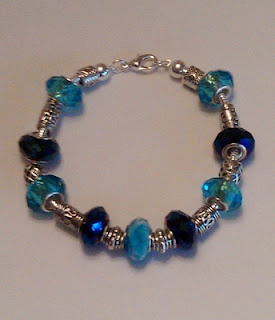 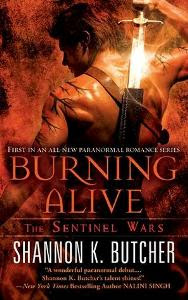 
Caution : readers may feel the heat coming off the pages.


They are the Sentinels…


Three races descended from ancient guardians of mankind, each possessing unique abilities in their battle to protect humanity against their eternal foes-the Synestryn. Now, one warrior must fight his own desire if he is to discover the power that lies within his one true love…


Helen Day is haunted by visions of herself surrounded by flames, as a dark-haired man watches her burn. So when she sees the man of her nightmares staring at her from across a diner, she attempts to flee-but instead ends up in the man’s arms. There, she awakens a force more powerful and enticing than she could ever imagine. For the man is actually Theronai warrior Drake, whose own pain is driven away by Helen’s presence.


Together, they may become more than lovers-they may become a weapon of light that could tip the balance of the war and save Drake’s people…[/tab] [tab] 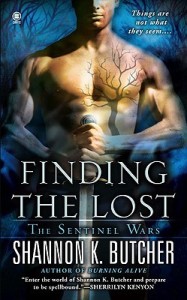 Sentinel warrior Paul has been searching for centuries for a woman like Andra. To find her, he strikes a bargain with a bloodhunter that could cost him his life. Now, his desire for Andra threatens to destroy his much-needed control. Against her wishes, Andra agrees to join Paul on a journey fraught with danger—and leading directly to the Synestryn who victimized her family eight years ago.[/tab] [tab] 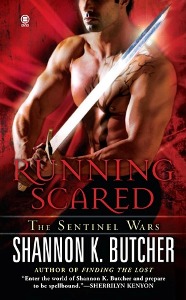 
Lexi Johns has one purpose: to free her best friend from the hands of the Sentinels. And the Sentinel she has been running from for months, Zach, has one goal: to convince her that their destinies are entwined. For the magic that Zach has absorbed could destroy him if he doesn’t find the woman to channel it for him. And he knows Lexi is the one…[/tab] [tab] 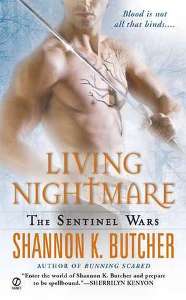 For nine years, the Sentinel Nika has had one goal-to save her younger sister from the Synestryn who hold her captive. Now, the psychic bond Nika forged with her sibling on that terrible night is fading, and time is running out. But the one man who can unlock the power inside her may be the greatest danger to her.[/tab] [tab] 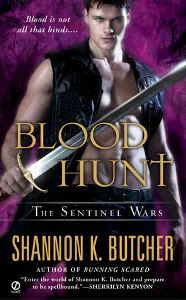 Hope appeared out of nowhere, naked and alone, a woman without a past. The only thing she knows is that she is imbued with a strange power. It’s in her blood. And two men want to posses it. One is Logan, a Sanguiner demon-fighter who needs Hope’s essence to survive. The other is Krag, a Synestryn lord whose desire is to enslave Hope, and drain her of the lifeforce. When Hope and Logan both fall prey to Krag, a powerful desire grows between them. But is it enough to thwart their captor’s diabolical plan and his demon warriors, and survive a vampire’s destiny written in blood?[/tab] [tab] 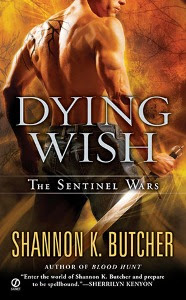 Jackie Patton has been rescued by the Theronai from her captivity and torture at the hands of the Synestryn, only to learn that she’s a potential match for the Theronai warriors who need a woman to literally save their lives.


Forced to choose, she unexpectedly selects Iain, a cold-hearted warrior who doesn’t want to be saved. Iain is convinced that it’s too late-that his soul is already as dead as his former betrothed, killed by the Synestryn. Still, he is the only one she wants. But is Iain indeed beyond saving?[/tab] [/tabcontent] [/tabs]