Thanks so much to Carmel for having me here today at Rabid Reads! In less than two weeks, Mating Instinct, the third book in my Moon Shifter series is releasing and I’m so excited.

My mom, who had no idea what paranormal romance was a few years ago, is very enthusiastic about downloading a copy of Mating Instinct to her new kindle so that’s pumping me up even more. I helped her buy her first ereader last year and now she’s even got an iPad…I’m so proud! I love that someone at my mom’s age (not that she’s old!) who has trouble remembering how to attach something to her email is now reading ebooks. To me, that says so much about how technology is changing for the better. I know some people prefer strictly print, and hey, I’ve got bookshelves full of too many books to count, but I’ll admit to crossing over to the dark side with my ereader.

It’s not because I write for digital publishers though, it’s mainly because I’m now a mom. Before having my son I was split pretty evenly with whether I read print or digital, but now I love being able to tuck my kindle into my purse and have a ton of books to choose from when I’m on the go. Of course there’s a dark side to owning an ereader—impulse buying! I’m so bad about that now, especially if something is on sale for 99 cents then I’m all over it.

So whatever your reading style, I’m just glad people are reading! I’d be lost without my books. Luckily Mating Instinct is available for whichever style you prefer!

Thank you so much for having me here today, Carmel! Here’s a sneak peek of an early scene in Mating Instinct:

Jayce continued to stare at her, his chest falling and rising erratically.

“Get. On. My. Bike.” The words tore from his chest with apparent difficulty.

She really should just give in. Especially when he was in a mood like this. But she wasn’t in the mood to be passive or appeasing. She was in the mood to fight. “No.” With her gaze still on him, her eyes mocking, she pulled her cell phone out of her pocket. Before she had a chance to call someone for a ride, Jayce plucked it from her hand and shoved it in his front jeans pocket.

Kat stepped toward him until they were inches apart and held out a hand. “Give me my phone.”

“If you want it, come get it.” He lifted a dark eyebrow in challenge.

Swallowing hard, she looked at the front of his jeans where the bulge of her phone was. Yeah, that so wasn’t happening.


She now spends her days writing dark paranormal romance and sexy romantic suspense. Her publishers include Carina Press, Harlequin Nocturne, Ellora’s Cave and NAL/Signet Eclipse (Penguin). Regardless of genre, she always includes a happy ending. When she’s not creating stories she loves spending time with her husband and family.

Katie’s Publisher (Penguin) is giving away a paperback of MATING INTINCT to one winner at every tour stop. US ONLY. Please leave a comment with your e-mail address to enter.

Katie is giving away a signed set of the MOON SHIFTER series (All 3 books – Alpha Instinct, Primal Possession and Mating Instinct), Romance Trading Cards (for Alpha Instinct, Lover’s Instinct & Primal Possession) and a custom made wolf themed book thong to ONE lucky winner that follows the tour. Fill out the Rafflecopter form below to enter the Grand Prize Giveaway: Fear has a scent. So does desire…

Ana Cordona has been a strong leader for the lupine shifters who survived after all the males and most of the females in her pack were mysteriously poisoned. As tough as she is, with no Alpha male, the pack is vulnerable to the devious shifter Taggart, who wants to claim both their ranch and Ana as his own. When Connor Armstrong comes back into her life, promising protection, it’s almost enough to make Ana forget how he walked out on her before—and reluctantly accept his offer to mate.

The minute Connor sees Ana again, it reawakens a raw hunger. He must have her for his bondmate—his wolf cries out for it. But his human side knows he must proceed with caution because of their complicated past. If he is to truly have her body and soul, he must go beyond his burning desire and win back her heart. Whatever it takes, he is determined not to leave her side again.

But Taggart and his rival pack are not their only enemies. A human element in town is targeting shifters. Their plan not only threatens Ana and Connor’s future, but the lives of the entire pack… Lupine shifter Nikan Lawless has it bad for Esperanze Cordona, the sweet and curvy woman who only views him as a friend. But when Nikan is assigned to act as Esperanze’s bodyguard during a weekend education conference, he knows it’s the perfect opportunity to seduce her off her feet—away from the pack.

To put his plan into motion Nikan cancels one of their hotel rooms, giving them time to get to know one another in a whole different way. But when a man from Esperanze’s past shows up in need of help, Nikan must shield her from a group of dangerous rogue shifters, all while trying to prove that they’re destined to be mates. To protect her, he will unleash the beast within…

As his pack’s second-in-command, lupine shifter Liam Armstrong gives orders and takes what he wants—until he meets red-headed, blue-eyed December McIntyre. Liam knows the human beauty is his intended mate the moment he sees her, but December is far too strong-willed to accept his protection.

December, whose brother is the town sheriff, has every reason to mistrust shifters after one killed her youngest sibling. But the forceful and handsome Liam has gotten under her skin in a way she hadn’t thought possible, and the desire she feels for him is almost too much to bear.

When a radical hate group targets all humans known to sympathize with paranormal beings, December is attacked in her bookstore. Reluctantly, she turns to the only one who can help her: Liam. And he is going to take her to places within herself she never knew existed. As the beast within struggles to break free, he must learn to be what she needs… 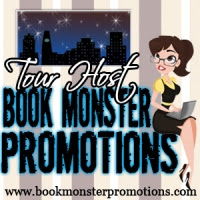