We all have a mental list of our favorite holiday movies. Yours might include IT’S A WONDERFUL LIFE, or MIRACLE ON 34TH STREET. I love those, too; however, sometimes I’m in the mood for something less traditional. If you find yourself looking for alternatives to watch this time of year, here’s a list to lead you down a darker—yet, still festive!—holiday path.

1) THE THIN MAN (1934). A witty, dark murder mystery, starring my all-time favorite screen couple, Nick and Nora Charles. He’s a former detective and full-time alcoholic who gets pulled back into a case during Christmas time; she’s his rich and delightfully funny wife. Nora: “How many drinks have you had?” Nick: “This will make six Martinis.” Nora (to the waiter): “Will you bring me five more Martinis, Leo? Line them up right here.” 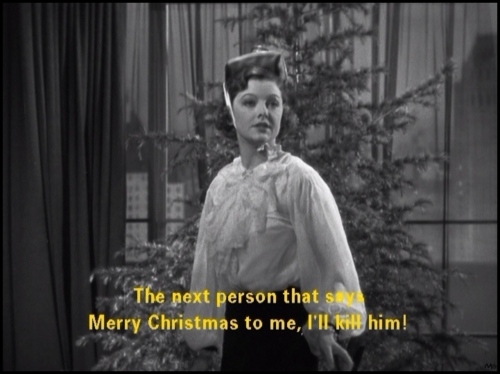 2) BLACK CHRISTMAS (1974). A sorority house is terrorized by a stranger over Christmas break. Crazy people! Murder! 1970s sorority girls! I mention this movie in Arcadia #3, BINDING THE SHADOWS. Ignore the recent remake and go for the classic, directed by the same guy who made A CHRISTMAS STORY. 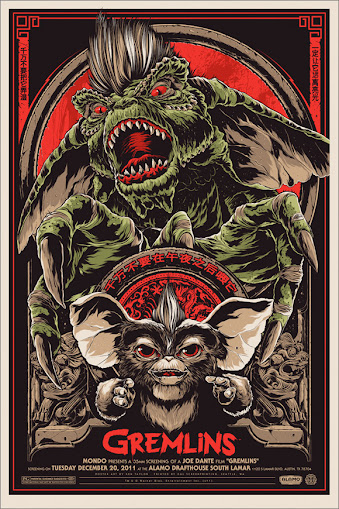 3) GREMLINS (1984). Young Billy gets a cute Mogwai for Christmas named Gizmo, only things go bad when the little cutie is fed after midnight. Tiny, crazed devils running around after everyone: what’s not to like? Maybe this influenced the Imps in the Arcadia series.

4) BRAZIL (1985). Terry Gilliam’s dystopian masterpiece is retro-futuristic, sci-fi noir, and just plain charming. Sometimes people forget it takes place at Christmas. If you like steampunk, this film has been cited as an influence by several writers.

5) TALES FROM THE CRYPT (1972). A British horror anthology film, based on stories from EC Comics. The first story, “And All Through the House,” stars Joan Collins, who kills her husband on Christmas Eve while a homicidal man dressed as Santa Claus stalks the neighborhood. Suspenseful, bloody fun!