Dr. Melanie Lipton is no stranger to the supernatural. She knows immortals better than they know themselves, right down to their stubborn little genes. So although a handsome rogue immortal seems suspicious to her colleagues, Sebastien Newcombe intrigues Melanie. His history is checkered, his scars are impressive, and his ideas are daring. But it’s not his ideas that have Melanie fighting off surges of desire…

Bastien is used to being the bad guy. In fact, he can’t remember the last time he had an ally he could trust. But Melanie is different–and under her calm, professional exterior he senses a passion beyond anything in his centuries of experience. Giving in to temptation is out of the question–he can’t put her in danger. But she isn’t asking him…

In the beginning, I was a little hesitant to read Phantom Shadows because I was a tad disappointed with Night Reigns and Bastien’s probably my least favourite character in this entire series. Dianne Duvall quickly won me over with her superb writing and by demonstrating that there’s more to her ex-villain than meets the eye. This installment came very close to earning five paws from this reviewer but it just wasn’t quite on the same level as the first book, Darkness Dawns (which I adored!). All in all, Phantom Shadows is an electrifying read with enough tall-dark-and-handsome to make any girl drool.

My feelings towards Bastien have done a complete 180; I guess he was just misunderstood and needed a chance to tell readers his story. In many ways he reminded me of Roland from Darkness Dawns, who just so happens to be my favourite character in this series. He’s abrasive and anti-social but for different reasons than the above-mentioned Guardian. However, Bastien’s heart is in the right place and despite his colourful past he truly wants to help his new allies. Being an ex-villain, he also has tons of prejudices that he needs to overcome and he deals with everyone’s hostility rather well. Duvall handles all of the issues surrounding his character beautifully and as a result, has cemented his place within the ranks of the Immortal Guardians.

The main plot line is action-packed and kept me eagerly turning the pages late into the night. I liked that Dianne also answered a few of the questions that have been nagging me since I finished Night Reigns. The only thing that has me kind of worried is where this series is going to go from here. The Guardians have defeated all of their major enemies so I’ll be curious to see how Duvall handles this in the next installment. Will a completely new villain be introduced or will someone make a comeback? Also, I can’t wait to see what comes of Ami and Marcus’ “news”.

I enjoyed the budding romance between Bastien and Melanie; the progression was realistic and their interactions felt genuine. Newcombe’s feelings for the doc also allowed us to see him in a softer light. I only wish that there’d been a bit more bedroom action; this installment felt more like an Urban Fantasy than a Paranormal Romance. That’s not to say that I didn’t enjoy the path of destruction the Immortals leave in their wake. In fact, I was overjoyed with the way the Guardians enacted Ami’s much deserved revenge but I wouldn’t have turned down some extra Bastien sexy time.

This series has an undeniable family feel to it that keeps me coming back for more. The memorable characters, unique universe and addictive plot lines definitely help too! I can’t wait to see what Dianne Duvall has in store for us next! 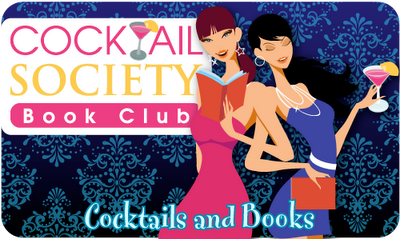