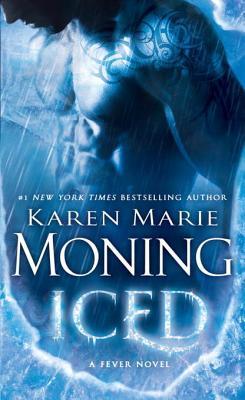 The year is 1 AWC—After the Wall Crash. The Fae are free and hunting us. It’s a war zone out there, and no two days are alike. I’m Dani O’Malley, the chaos-filled streets of Dublin are my home, and there’s no place I’d rather be.

Dani “Mega” O’Malley plays by her own set of rules—and in a world overrun by Dark Fae, her biggest rule is: Do what it takes to survive. Possessing rare talents and the all-powerful Sword of Light, Dani is more than equipped for the task. In fact, she’s one of the rare humans who can defend themselves against the Unseelie. But now, amid the pandemonium, her greatest gifts have turned into serious liabilities.

Dani’s ex–best friend, MacKayla Lane, wants her dead, the terrifying Unseelie princes have put a price on her head, and Inspector Jayne, the head of the police force, is after her sword and will stop at nothing to get it. What’s more, people are being mysteriously frozen to death all over the city, encased on the spot in sub-zero, icy tableaux.

When Dublin’s most seductive nightclub gets blanketed in hoarfrost, Dani finds herself at the mercy of Ryodan, the club’s ruthless, immortal owner. He needs her quick wit and exceptional skill to figure out what’s freezing Fae and humans dead in their tracks—and Ryodan will do anything to ensure her compliance.

Dodging bullets, fangs, and fists, Dani must strike treacherous bargains and make desperate alliances to save her beloved Dublin—before everything and everyone in it gets iced.

I hadn’t realized how much I’d missed Karen Marie Moning’s Dublin until I found myself smack dab in the middle of her Fever universe after having felt its absence for nearly two years. I’ve always enjoyed Dani as a character but I was worried about how she’d fare as the main protagonist and whether this book would fall into Young Adult territory. Thankfully, real world rules no longer apply; fourteen is mature by After the Wall Crash standards and although there are some juvenile aspects, this is not a teenaged tale. There’s a line-up of men vying for Dani’s attention, the Death-by-sex-fae are unrelenting and plenty of other older characters do the nasty. This is not a watered down version of Mac and Barrons; Iced is pure KMM gold!

The Mega has always been a fun character to read about; she’s a brilliant ball of energy in an otherwise drab universe and getting her own spin-off gives her the opportunity she needs to really shine. Moning does a bang up job of making sure that readers understand that Dani’s age is just a number. She’s a larger than life superhero with adult responsibilities but she’s also a teenager who’s looking forward to her first of many firsts. I never once managed to forget that she’s 14 but I wasn’t appalled by the amount of sex in this book either. Remember that this is the Fever universe not modern day Ireland. Mega’s joie de vivre leaps off the pages and her witty dialogue will have you grinning from ear to ear.

Karen Marie Moning’s writing has no equal in the world of Urban Fantasy; the Fever universe feels like an alternate reality instead of just a fictional one. KMM has ruined me for all other books and authors because once you’ve had filet mignon it’s hard to go back to ground beef. For the sixth book in a row, the world building is unparalleled, the characters are world-class and the plot is exceptional. I highly recommend that you start with Darkfever if you’re considering giving KMM’s novels a try because even though Iced is book one in the Dani O’Malley trilogy it’s also the sixth installment in the Fever series.

Three interesting candidates step up as potential romances for Dani and it’s impossible to choose a team after only one novel. Personally, I like Dancer at the moment; he’s sweet, human and in her age bracket. He keeps her grounded and helps remind her to be a kid. Christian is über creepy and currently ranks at the bottom of my hotties list but I’m not discounting him yet because, well, this is Moning after all. I’m not sure how I feel about Ryodan for Dani but for me… he can nod at me anytime!

There is a bit of a cliffhanger at the end of this book but it should in no way deter you from reading it even though Burned is a long ways away. It’s tolerable. Iced does Karen Marie Moning’s bestselling Fever series justice and I think that fans will approve; it’s fecking Mega!