Carmel: For me , interviews are some of the most challenging posts to put together. Namely because I have such a hard time coming up with interesting and engaging questions. I rarely read other bloggers’ interview posts because, let’s face it, if you’ve read one you’ve read them all. I hate generic questions like: “Where do you get your inspiration?” or “Why did you decide to become an author?”. There are a limited number of answers to these questions and after a while they start to overlap. I usually prefer to do guest posts because I think they illustrate an author’s personality and creativity better than an interview. 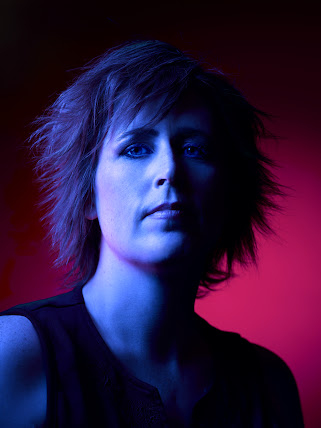 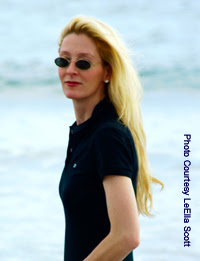 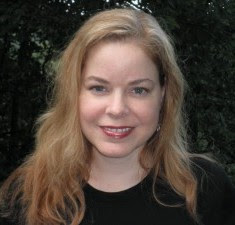 That being said, I’d like to interview Kelley Armstrong because she’s my all-time favourite author and she rarely does blog posts. I’d have to think long and hard on what I’d ask her but just the simple fact of having her on the blog would make me the happiest girl ever. I think J.R. Ward would be another fun person to interview. She’s invented her own world and language in her Black Dagger Brotherhood series and I think it would be interested to get a glimpse of the inner workings of her mind. Last but not least, I’d like to interview Jeaniene Frost. I’m a long time fan of hers and have tons of questions about her Night Huntress series.

Sue: It’s so hard to pick just one, but because I’m still on a high from Daughter of Smoke and Bone,I would interview Laini Taylor. She has the rare double gift of absolutely amazing story telling and some of the best writing I’ve ever read in YA/ Fantasy. I want to know everything about the writing process… Where do the characters come from? Where do you write? For how long each day? What visually stimulates you into imagining such vivid characters, stories etc.

Josh: I don’t know if I would enjoy it but snagging an interview with Thomas Pynchon, author of – more than likely in your stint in high school or college you read this book or will read this book (The Crying of Lot 49) and heard of or will hear of this horror story (Gravity’s Rainbow) – some of the more frustrating books written in the English language within the last forty years, the krill to that hooving white whale of an intellect lampooned and simultaneously elevated by all the literary, progressively political hipsters but also the Big Catch, the Pay Load, the Winning Lottery Ticket for some part of my ego which I want to say good riddance to, Ambition?, played here a little out of character by the fierce white-bearded Captain Ahab, a hollowed out, craven soul more likely to be found closeted and poring over a long forgotten vendetta than exhibiting the hunger of sharks (sorry, sharks). I would keep in mind it would be more my duty to interview him than something to share at a dinner party. I would probably feel more guilty than anything since he goes to such trouble to live incognito. But I mean if you are performing imaginary interviews, you might as well shoot for hurting imaginary people’s feelings.

13 responses to “Question: If You Could Interview Any Author, Who Would You Interview?”