One of my scheduled authors fell through at the last minute so I’ve been forced to step up to the plate to defend Team Stomp. I’m not a writer but I refuse to go quietly into the night and let Team Romp dominate this battle. If anything, I hope this post earns me a couple of sympathy votes!

Action is the ying to romance’s yang in my opinion. You can’t have one without the other. Take Cat and Bones for example. Would they be the kickass paranormal couple that they are without both? I think not. 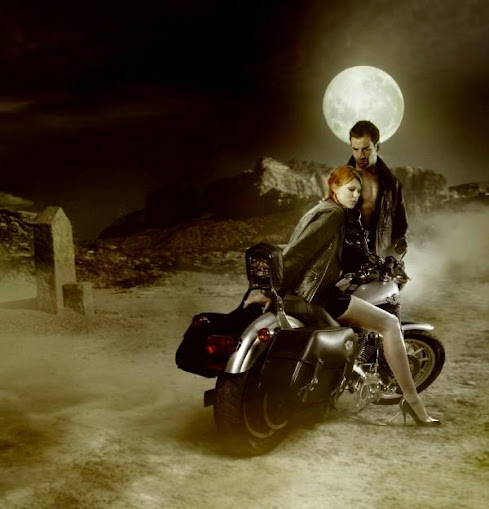 Most of their best lovemaking takes place on the precipice of danger. One of their many mortal enemies is breathing down their necks and this might be their last chance to be together. For them, every romp session is a chance to say goodbye. Funny how they never say to hell with it, let the rest of the world fix this mess while we stay in bed and get it on. Other times, the battle has been won and they celebrate life by making love. Either way, their romance is always foreplay or dessert, never the main course. For these two love birds it’s always all about the action.

Still not convinced? Ask my favourite werewolf duo if their relationship could survive without the thrill of the chase. 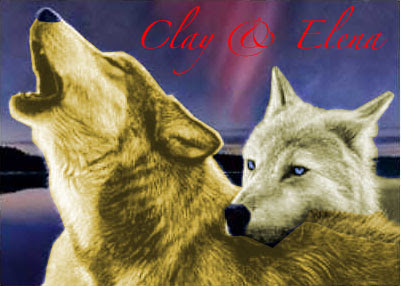 Clay and Elena’s between the sheets sessions are more Stomp than Romp anyway. That’s assuming that they even make it to a bed, which they usually don’t. For them it’s all about the hunt: the predator and the prey. Their foreplay involves chasing down a mutt, kicking his ass and then disposing of the body followed by a intense round of cat and mouse through the forest. Their best sex usually happens in the heat of battle; they get so turned on by blood and violence that Clay and Elena can’t help but sneak away for a quickie while their pack picks up the slack. More often than not they walk away from their nookie sessions with battle scars. Do you expect me to believe that their climaxes would be just as explosive without action? Their relationship probably wouldn’t last. Werewolves don’t do vanilla.

I can’t very well name names without dragging the members of the Black Dagger Brotherhood into the mix. Would the Brothers still be considered the warriors and defenders of their race if all they did was bone? Don’t make me laugh. Admittedly, the sex is off the charts HOT but then again so is the action. In a no holds barred, down and dirty, run for your life sort of way. The Brothers screw as hard as they fight so, if anything, Romp ties with Stomp in this instance.

Team Romp’s fearless leader Jennifer’s favourite preternatural match is Mac and Barrons. Do you really expect me to believe that these two are all about the romance? Puh-lease! Barrons doesn’t have a romantic bone in his body. It’s action that brings them together in the beginning and it’s action that keeps them together in the end. Sure, they get it on a time or two but these are only brief interludes in their stomp lifestyle. I think this proves that Jennifer is actually a closet Team Stomp supporter.

I think romance has it’s place but alone, it’s not enough. It needs action in order to thrive. So in closing, make the right choice, the only choice and vote stomp!

16 responses to “StompvsRomp: Paranormal Couples Who Love Their Action”