For me, it doesn’t get any better than a well-choreographed fight scene. Now, don’t get me wrong. I’m a fan of hot and heavy between the sheets action as well. But there’s just something about an action scene that gets my blood pumping. Reading a great fight sequence can be better than foreplay. When I read a book, I want the characters to fight as hard as they love.

Both fight scenes and sex scenes are detail oriented. Both won’t work if body parts don’t connect in the right way. And both are highly emotional. In an urban fantasy, you get sex and fighting. More bang for your buck.

I’m going to break down the anatomy of a fight scene and show you it can have everything a sex scene has. (And I don’t have to worry about describing impressive man parts or those secret lady parts, either!) 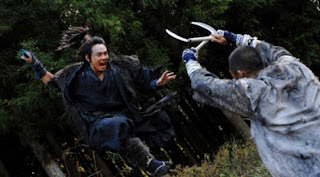 Fight scenes are fast. The rhythm of movement draws me in. I love the pacing of a fight scene. The words fly from my fingers and I can perfectly envision how my characters should look when they fight. The scene unfolds in real-time to the action. I’m on the edge of my seat, my stomach knotted and anxious. I feel the same way when I write a sex scene. The emotional roller coaster is the same. I anticipate every word, every action, each touch and whispered word that sends the characters into a frenzy of shed clothes and greedy hands and mouths. Am I on the edge of my seat? You bet I am. 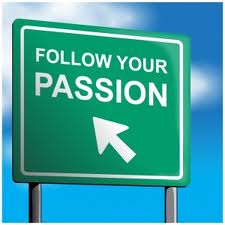 With a great fight scene, come strong emotions. Maybe the hero is trapped in a supernatural cage match to the death. Maybe our heroine’s life is in danger and she’s fighting for survival. Or more likely, the protagonist has a death to avenge, a wrong to right, or a score to settle. Either way, there is emotion tied to this action. A strong enough emotion that it fuels our hero or heroine and gives them the strength and conviction that they need to throw caution to the wind and risk their lives. A well-placed fight scene can be the foreplay a character needs to carry her into a steamy, knock-your-socks-off sex scene. Nothing is sexier than coming out of a life-or-death situation all sweaty and worked up, with so much extra energy built up that it needs an outlet, like, NOW. 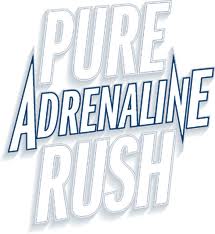 Fighting, like sex, can produce a burst of adrenaline. As a reader, you feel that rush as your eyes fly over the words, absorbing every thrust, blow, jab, or takedown, just like the characters do. See? Even the descriptive words of a fight scene are sexy! 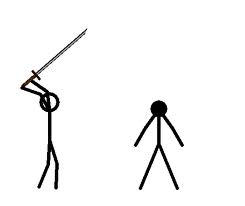 Yeah, you heard me. Fight scenes, just like sex scenes have penetration. And unlike sex scenes, the act of penetration, stabbing someone with something sharp, is pretty easy to describe. If your character is the one getting stabbed… it hurts. It hurts like hell. Like ohmygodholyshitsonofabitchmothereffer hurts. But… when the bad guy gets what’s coming to him—that sharp blade right between his ribs—it can deliver the same sense of fulfillment that a sex scene can. It’s the finale to all of the build-up. Completion. All of that jabbing, thrusting, and rolling around can really tire a character out! At the end of a fight scene, the hero or heroine is more times than not, stumbling, unbalanced, and light-headed. Sounds like the after effects of a really great orgasm, doesn’t it? And even though the character is ready for a well-deserved nap, there’s always a second wind, the chance that her opponent isn’t quite done yet. Just like a great sex scene, in a fight scene, the character is ready for round two. 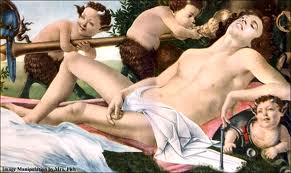 At the end of a fight scene, the warrior is sated. He’s basking in the post-battle glow. Satisfied, and yes, maybe a little roughed up. The hero or heroine feels satisfied. Sounds a lot like what happens right after a mind-blowing sex scene, right? Awesome. And nothing follows up a near-death situation like affirming the fact you’re alive by grabbing your honey and heading straight for the bedroom. See? Foreplay.

How do you feel? Does a great fight scene leave you feeling tingly and exhilarated? Or do you prefer the slow burn of a steamy sex scene?

45 responses to “Stomp VS Romp: Fight Scenes vs. Sex Scenes by Amanda Bonilla”