In Canada offline networking is a little more challenging mainly because the bloggers are spread so far apart and also, most authors don’t visit their neighbours to the North quite as frequently. Unless you live in a major metropolitan area such as Montréal, Toronto or Vancouver, you have to get a little “creative” with your networking. I live on the outskirts of Canada’s capital and yet, we rarely merit visits. Go figure! Apparently Ottawans are not readers. *shrugs* 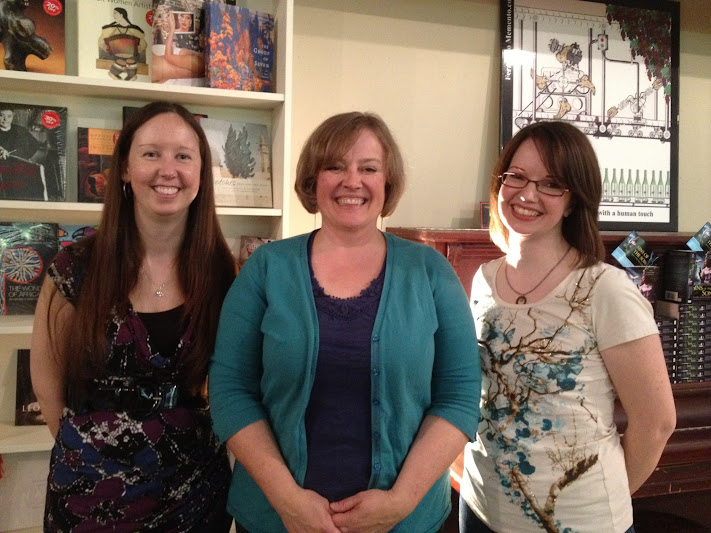 Anyway, that being said, earlier this year I had the pleasure of attending Linda Poitevin‘s second book launch here in Ottawa. She’s a local author and I couldn’t be happier to have her in our community; if only because it gives me an excuse to attend a bookish event once a year. I also went her first launch in 2011 and had so much fun that I immediately started counting down the days until the next one! Not only that, but I got to hang out with fellow book blogger Julie from Yummy Men and Kick Ass Chicks. We really got our act together this year and even managed to go out to dinner with our partners beforehand. Everytime we’re together we seem to revert into giggling school girls. It’s great fun!

I don’t want to go into too much detail because I’ve already done a post about it. The point of my little story is that whenever a bookish event comes to town I go out of my way to try and attend just because they’re so few and far between. It’s not like I can shrug it off and be like whatever, I’ll go to the next one, because the next one might not be for another year!

I’m really hoping to be able to hit the road with a couple of Ottawa-area bloggers this year to hook-up with the Montréal Book Bloggers but we’ll see. I only have so many vacations days!