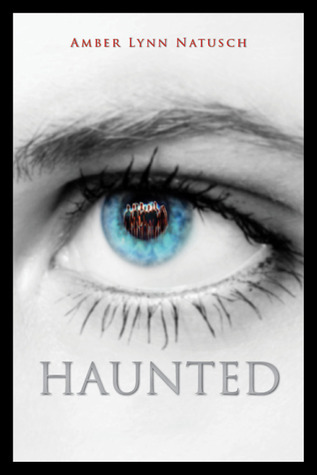 "I cowered away from him, unable to formulate a coherent sentence. Questions ran through my mind though none made it past my lips. I wondered how this could be happening, what he wanted, and what major injustice I'd brought against the universe to bring a fate such as this upon me.

Perhaps being born was reason enough."

After his near death experience only months earlier, Cooper's behavior is rapidly deteriorating.
So what does Ruby do? She adds a new roommate into the mix. When her friend Ronnie is abruptly called away for a family emergency, Ruby takes in Peyta, Ronnie's highly intelligent and overly observant teenage daughter. With an increasingly unstable Cooper in the house, Ruby fears for Peyta's safety.
But when Peyta's behaviors become as perplexing as Cooper's, Ruby finds herself juggling a series of lies to ensure their safety as well as her own...
Until the lies, and the bodies, start dropping.

The unforgettable character that is Ruby is back for a second round in Haunted. Words can’t express how happy I am to have given indie author Amber Lynn Natusch’s werewolf series a chance. This second installment picks-up right where Caged left off and thank goodness for that. The suspense has been killing me! This book’s approach and plot is quite different from the first novel mind you and not quite as all-consuming either. The focus is less on werewolves and more on another breed of preternaturals which is a tad disappointing for a fur lover like myself but the high level of intrigue sucked me in all the same.

Haunted‘s plot revolves around the side characters more so than Ruby herself. I found this a little odd and unfortunate because the heroine is made of awesome. That point aside, I love Cooper and was happy that he got to play a larger role in this installment. Too bad that he’s turned into a sociopath! He has his reasons mind you, which are explained later on. I thought that his transformation showed flexibility and cunning on Natusch’s part. It’s not easy to cast a beloved character in a different light but Amber does it with skill and finesse. Peyta is also a welcome addition to the mix and I found her views both stimulating and at times, comical. Her youth definitely helped to lighten the mood on multiple occasions and force her guardians to modify their behaviour. A pretty significant change occurs in her life and I’m impatient to find out the rest of her story.

Fortunately for me, I read books 1 and 2 practically back-to-back. I have a feeling that I would have been a little lost if I hadn’t. I’ve noticed that this mistake is fairly common among indie authors; they forget to include the all important recap. This element isn’t essential to make a good book but it is nice to have. Another small downside is the fact that this novel was longer than it needed to be. The action hits its boiling point, the big reveal is made and yet, the story just keeps on going. I like that Natusch felt the need to wrap up loose ends and to fill readers in as to how her characters are dealing with the aftermath but I think this could have been done in two chapters instead of ten. I expected the book to wrap-up shortly after the conflict resolution and found myself struggling with the drawn-out ending.

Okay, now what the heck is up with Sean!? I understand that things are “complicated” and that he’s trying his best to manage his current situation but I just want to smack him! There’s so much mystery surrounding his character that I’m having a hard time making up my mind as to whether I like him or not. He obviously cares a great deal for Ruby and Caged‘s cliff hanger ending left me at the edge of my seat where he is concerned but there aren’t really any new developments. I wish I had more to go on. The story seems to be leaning towards an eventual happily every after between Sean and Ruby but without more information I have to take Cooper’s side. I’m dying to know more about the PC brotherhood but until I do… Team Cooper it is!

Amber Lynn Natusch has done it again! Haunted delivers on all fronts and has a what-the-hell ending that’ll leave you begging for more.

One response to “Review: Haunted by Amber Lynn Natusch”