Today on the blog I have author Dani Harper. *waves* Werewolf books! Yay! You’re a girl after my own heart. Dani’s latest book, Changeling Dawn, is coming out in 3 days. A little late for the holidays but who needs an excuse to buy books? I mean really! I know that I sure don’t.

In my new shapeshifter series, the Macleod family are able to become wolves at will. They call themselves Changelings rather than werewolves, because their human side is always in control. Well, almost always… If you meet a wolf in the forest, cross your fingers that it’s a Changeling because of their most sacred law: Never harm a human. In my research on wolves and werewolves, I’ve collected a lot of fascinating stories. Most people don’t think of wolves in association with Christmas, but they’ve been there all along in myth and legend! Here’s a sampling of seasonal folklore:

Christmas Eve in some countries was thought to be a mystical and supernatural time. In Scandinavia it was uncommon for anyone to deliberately leave the house, especially between cockcrow and daybreak, because of the likelihood of meeting uncanny beings such as trolls riding upon wolves!

The time favored for werewolves to transform and roam in the Germanic, Baltic and Slavic countries was the 12 nights between Christmas and the Epiphany. People believed the souls of the dead were also roaming at that time. A Norse superstition gave it a slightly different twist – on the festival of Christmas the spirits of the dead were suddenly and strangely metamorphosed into wolves, and at an appointed place they assembled together during the night and raged fiercely against mankind and all other creatures. 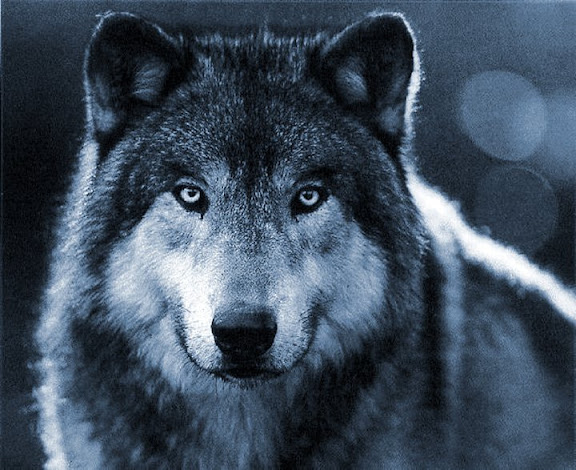 In 14th century Normandy, the varouage was an excommunicated person who became a werewolf on the nights between Christmas and Candlemas or during Advent. During this time, he was either redeemed – or doomed to belong to the devil and run as a werewolf forever.

Holly, mistletoe and evergreen were often brought into homes in Britain during the Christmas season, but not just for decoration. The greenery was to keep away evil beings including ghosts, demons and werewolves! Even the barns were decorated with boughs above the doors and windows to protect the livestock.

In many European countries, it was believed that children born on Christmas Eve or Christmas Day would develop a taste for human flesh and grow up to be werewolves! This was said to be a divine punishment for being born on the same day as the Christ child. In Romania, if a child was conceived on Christmas Eve, they were said to be cursed to become a werewolf because couples were supposed to refrain from sexual activities on that day.

Certain holy days like Christmas were said to counteract werewolf transformations due to the increased strength of the forces of good. So werewolves, who were usually helpless to prevent their change at the full moon, enjoyed a respite during these holiday times.

However, it was also supposed that in revenge for the restraint put upon them on Christmas, the powers of darkness became all the more rampant afterwards. In Sweden it was said that after Christmas there was a rash of men turning into wolves. These werewolves were more ferocious than natural wolves. They were said to attack horses, enter homes and destroy storehouses. Only special prayers could keep them away. According to the legend, anyone who came upon the spot where these wolfmen were transformed would die within a year!

Leave Dani a comment, telling her which of these lupine legends is your favorite (or share a new one!), and you’ll be entered to win a signed copy of her upcoming release, Changeling Dawn, and a Dani Harper tote bag! Giveaway is available to US and Canadian mailing addresses only. Please read my Giveaway Policy before entering. Good luck! 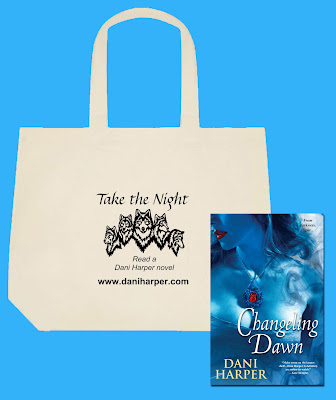