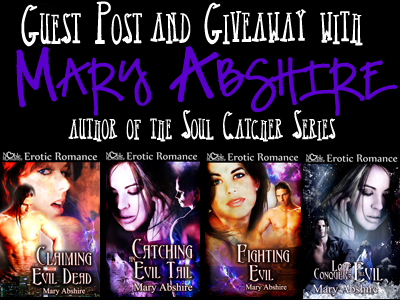 What is it about werewolves that make them appealing?

First, let me start by saying that vampires are my supernatural creature of choice. I love them. Always have. But I also fancy other creatures, such as werewolves. What I find appealing about them is they are not as dark as a vampire, but just as mysterious, big, strong, and most of the time, handsome. They’re wild creatures that get to explore freedom unlike any of us. Now that sounds good to me.

Quite honestly, I haven’t read many werewolf books. From what I have read, my favorite werewolf is Clay from Kelley Armstrong’s Otherworld series. I also like Jeremy, but Clay is my fave. He’s the kind of person you would hate, but he has an eye on one woman and would do anything for her. The werewolves/characters are very lifelike, as are their problems. Keri Arthur’s half-wolf half-vamp Riley Jenson series is another one of my favorites.

When I started writing my Soul Catcher series, I planned to include werewolves in the second book. The main premise of each book is Jessie, my protagonist, has to send an evil soul to hell. In Catching An Evil Tail, the soul belongs to a werewolf. The werewolves are pretty much how I described them above. The hot Alpha is oh-so-tempting, and the pool scene… Let’s just say I could have really taken the book in a different direction. LOL. I ended CAET in a way where I could use the werewolves again if I wanted. As it turned out, I brought them back in book 4, Love Conquers All Evil.

Giveaway: Winner’s Choice of one eBook in the series
Open internationally, ends October 28th at 11:59 PM. Please read my Giveaway Policies before entering. Leave a comment with your e-mail address and answer the following question:
Who is your favorite werewolf? 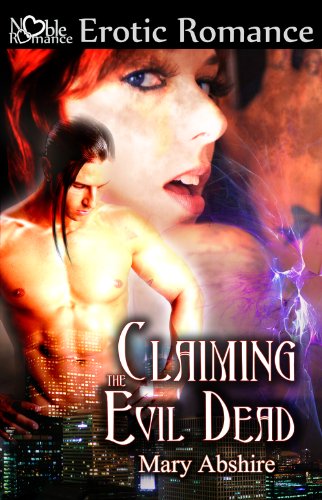 Half-demon Jessie Garrett is searching for an evil vampire that’s been preying upon children. She wants to claim the rogue vamp’s soul and send it to hell. To find the dead man walking she must partner with another bloodsucker, Drake, even though she doesn’t trust him. While Jessie works with Drake, she learns not all vampires are killers and discovers the cold-blooded vamp is a temptation too difficult to resist.

After the fiend abducts another child and Jessie has a near fatal experience with vampires, she turns to Jeremy, a demon she bumped into at a club, and makes a deal with him for his help. Drake disapproves, and Jessie soon finds herself wedged between two volatile creatures. When the chance comes to save the child’s life and claim the evil vamp’s soul, she must decide whom she can trust—a vampire who cools her feverish desires, or a demon hell-bent on seducing her.

Half-demon Jessie Garrett wants to live a normal life among her friends and keep her soul catching ability a secret, but supernatural creatures keep popping up in her world. Adding to her struggles, her vampire lover remains out of the country, and when he offers no valuable explanation as to why he hasn’t returned, she wonders if she should move on without him.

As if Jessie doesn’t have enough worries on her mind, the demon yearning to seduce her shows up at her home. She longs to liberate herself from the debt she owes him, and when he asks for her help, she jumps at the chance to make a new deal with him—one that will guarantee her freedom. The only catch? She has to send the soul of a werewolf to hell.

Love, trust, and loyalty are on the line. Torn between her feelings for her vampire boyfriend, a hot Alpha wolf, and a demon vowing to protect her, Jessie must figure out her heart’s true desires.

Half-demon Jessie Garrett’s battles seem endless. While Jeremy, the demon out to win her heart, teaches her how to fight, Jessie’s relationship with her vampire lover, Drake, reaches a breaking point. Adding to her struggles, she must defend her life against a group of vampires who consider her a threat to their existence. Held captive on a remote island with both Drake and Jeremy protecting her, she is tested in ways she’s never imagined. Jessie fights back; only her actions do more harm than good. The group offers her a choice, but no matter what she decides, her life will change forever.

Welcome to arctic Alaska, free from vampires and home to humans, demons, and werewolves.

After months of moving and hiding from the VETOV, Drake and Jessie settle into a small Alaskan town. They soon discover a serial killer is on the loose and it’s a demon stealing good souls. As Jessie mingles with locals from the demon community and investigates the murders, she bumps into a werewolf she had hoped she would never see again. More trouble arises and Jessie reaches out to Alan, the Alpha she met in Arizona.

Together, Drake and Alan seek to eliminate the threat against Jessie, but removing the werewolves may come with a steep price for the Alpha.

In a matter of a few days, Jessie battles for survival, and her own soul, while maintaining a feverish love for Drake. Demons and werewolves won’t stop this half-demon soul catcher from sending evil souls to hell, or spending eternity with her noble vampire.

Thanks for stopping by Mary and good luck to everyone entering the giveaway!