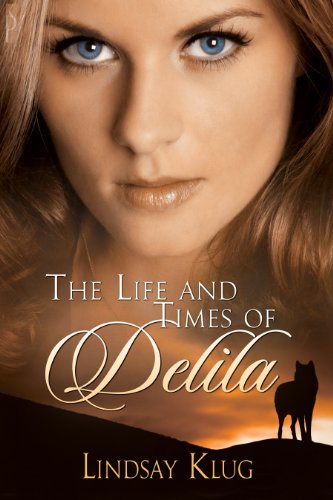 Delila has roamed the Earth for over one thousand years with her maker, Alaric. She has everything a vampire could want: beauty, brains, a booming business, and an ability to read human emotions.

When a werewolf makes an imprint in her life, Delila feels she may have finally found the soul mate she has been seeking. But when everything goes terribly wrong Delila finds herself burdened with a young half breed child to protect from the evil forces of her world.

The Life and Times of Delila surprised me at every turn with an unbelievably realistic main character, a surprise ending and several other great twists along the way. I’m an avid reader of vampire fiction but never have I encountered a writer who demonstrated a supernatural’s age with such skill and clarity as Klug did in this novel. There’s so much more to this book than what meets the eye at first glance.

Delila’s cryptic personality, vicious fighting skills and dedication made her an incredible character. I enjoyed her skillful non-answers to others’ probing questions. She tactfully avoids giving away any of her secrets while maintaining a nonchalant demeanor. This ancient vampire’s age is clearly defined by past recollections and shared experiences with others of her kind. Delila’s attitude towards her existence is cold and realistic. She accepts that she’s going to bury everyone she loves and that nothing is eternal, even vampires. I wouldn’t want to meet Epycidilla in a dark alley or face her on a battlefield. She’s vicious and unrelenting. I was absolutely blown away by her as a character.

The storyline took on so many different directions that it was near impossible to predict the outcome. At first I thought that this book was a love story but later on it transformed into a fate-of-the-world battle. I kept expecting Delila and Eli to end up together in the end, a love conquers all type deal, but the end result turned out to be so much larger than what I had originally assumed. So many of the alliances and friendships that exist in this book are misleading. Nothing is at is seems; this novel kept me guessing up until the very end.

The ending shocked me and was not at all what I had anticipated. The only downside of this story for me was the way that, on several occasions, Klug fastfowards years into the future. I understand that it was necessary for the plot development but it just felt rushed. The first half of the book progresses at a natural pace but then it spans across several decades in the later chapters. The author obviously wanted to tell all of Delila’s tale in one novel but I think this book would have benefited from either more pages or a second installment.

The Life and Times of Delila has one of the strongest main characters that I’ve ever come across in vampire fiction and is worth the read based on that fact alone. This story has more turns than a backwater country road and some pretty nifty fight sequences. I will definitely be keeping a lookout for more books from Lindsay Klug in the future.

Website / Blog / GoodReads / Facebook / Twitter
Buy at Silver Publishing
Disclosure of Material Connection: i am a member of the Book Lovin’ Bitches E-book Tours and a copy was provided by the author. i did not receive any payment in exchange for this review nor was i obligated to write a positive one. all opinions expressed here are entirely my own and may not necessarily agree with those of the author, the book’s publisher and publicist or the readers of this review. this disclosure is in accordance with the Federal Trade Commission’s 16 CFR, Part 255, Guides Concerning the Use of Endorsements and Testimonials in Advertising.