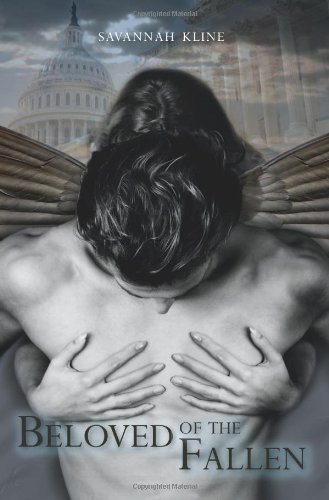 When the young and beautiful Kira Castelmaine arrives in Washington, D.C., to serve her first term in Congress, she is swept off her feet by Valentin Ashford, a distinguished political consultant. But the relationship soon turns the political idealist’s moral world upside down. Unaware that Valentin is actually an agent of Lucifer sent to help bring world destruction, Kira falls wildly in love. Named to a seat on the powerful House intelligence committee, Kira eventually holds the swing vote on authorizing a covert action against a country in the Middle East that has recently obtained nuclear weapons. This covert attack threatens to be countered with an apocalyptic response, and it could trigger a wider conflict that could seal disaster for the human race. Trapped between passion and the salvation of mankind, Kira and Valentin must find redemption in each other if they hope to thwart Lucifer’s diabolic plot.

Overall this book delivers what it promises; the storyline is solid and there’s a nice mix of paranormal and politics. I just found that there were a lot of elements that were only briefly mentioned that could have brought so much more to the novel if they’d been elaborated on. I finished Beloved of the Fallen and was left with a lukewarm feeling. The book is not bad per say, there’s just no wow factor. I didn’t like or dislike any of the characters and there’s nothing in the story that sets it apart from all of the other angel books out there.

In this tale, Savannah Kline doesn’t really define her angels except for differentiating the ones in heaven from the fallen, the ones that now serve Lucifer. There’s no caste system, we don’t know what their purpose is and their origins are not revealed. Part of what appeals to me in the paranormal genre is how every author approaches their supernatural characters in a different way. I enjoy discovering new takes on an old idea or learning more about an existing lore. There was none of that in this book, Valentin is just there and readers are just expected to run with it.

Kira is one of the Destined. As to why that is or what that means; your guess is as good as mine. There’s a bit of her family history scattered through the novel but her role in the grand scheme of things isn’t evident. I think if the author would have explored this subject a little bit more the book would have been a lot more interesting. Kira’s okay as far as characters go aside from being a little too perfect. She’s too goody-goody for my liking. I never developed any real connection to her. Same thing with Valentin. All of a sudden he finds himself living a human life, which in my opinion should be a difficult transition but for him it’s business as usual. He almost seamlessly accepts his new role without any growing pains. Here’s a guy who starts out as an angel, gets kicked out of heaven to become one of the fallen and then is temporarily turned human. If that doesn’t cause someone to be an emotional wreck I don’t know what will.

There’s also a secret society that had the potential to be intriguing if only it had been explored further. Kira’s uncle and father are both members as is Valentin. The Lighthouse was founded by a Castelmain ancestor. The story could have went in so many different directions with this element but instead it was only casually mentioned. How or why this brotherhood now serves Lucifer still eludes me. Kira also discovers that her father owned a secret brownstone. In it she finds bookshelves packed with spells and witchcraft. She brushes it off as being weird but never really investigates any further. I don’t know about you but if I found a cauldron in my parents’ basement I would definitely be asking myself some questions!

The best part of this book for me was the politics. Kira’s campaign for congresswoman, her vote on the issue of Wold War 3 and the inner workings of the White House were interesting. The writing is fluid and there’s a logical progression to the plot but the ending felt a tad rushed. Beloved of the Fallen is not a bad book and if you’re into politics you might even enjoy it.

5 responses to “Review: Beloved of the Fallen by Savannah Kline”