Here’s what caught my eye in the book world and bloggosphere this week:
Retro Demonology by Jana Oliver

You’ve probably seen Jana Oliver’s new book, The Demon Trapper’s Daughter, around quite a bit but she also has a prequel that’s currently available for free! I’ve already downloaded a copy! 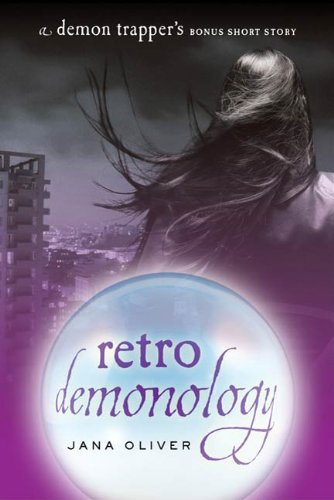 How To Marry a Millionaire Vampire by Kerrelyn Sparks

Most free eBooks that I come across are novella’s but this one just happens to be a full length book. Pretty sweet!

So what if he’s a bit older and usually regards a human female as dinner not a dinner date? Yes Roman Draganesti is a vampire but a vampire who lost one of his fangs sinking his teeth into something he shouldn’t have. Now he has one night to find a dentist before his natural healing abilities close the wound leaving him a lop-sided eater for all eternity. Things aren’t going well for Shanna Whelan either…After witnessing a gruesome murder by the Russian mafia she’s next on their hit list. And her career as a dentist appears to be on a downward spiral because she’s afraid of blood. When Roman rescues her from an assassination attempt she wonders if she’s found the one man who can keep her alive. Though the attraction between them is immediate and hot can Shanna conquer her fear of blood to fix Roman’s fang? And if she does what will prevent Roman from using his fangs on her…

Admittedly, I haven’t read Julie’s Iron Fey series but I’ve heard good things! So if you’re already a fan or just curious to see what all of the fuss is about; this novella is free and only 59 pages. Unfortunately, it’s only available to us Canadians via the Kobo store as far as I can tell. It’s not often we get something that American don’t but I’ll take it! It’s not expensive if you don’t own a Kobo and want to purchase it either.

Meghan Chase used to be an ordinary girl…until she discovered that she is really a faery princess. After escaping from the clutches of the deadly Iron fey, Meghan must follow through on her promise to return to the equally dangerous Winter Court with her forbidden love, Prince Ash. But first, Meghan has one request: that they visit Puck–Meghan’s best friend and servant of her father, King Oberon–who was gravely injured defending Meghan from the Iron Fey.

Yet Meghan and Ash’s detour does not go unnoticed. They have caught the attention of an ancient, powerful hunter–a foe that even Ash may not be able to defeat….

I haven’t had as much time as I would have liked this week to browse bookish news so if you came across anything good please share! 🙂