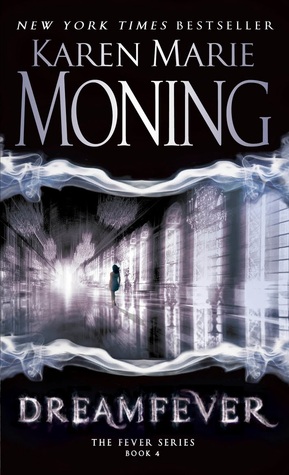 He has stolen her past, but MacKayla will never allow her sister’s murderer to take her future. Yet even the uniquely gifted sidhe-seer is no match for the Lord Master, who has unleashed an insatiable sexual craving that consumes Mac’s every thought—and thrusts her into the seductive realm of two very dangerous men, both of whom she desires but dares not trust.

As the enigmatic Jericho Barrons and the sensual Fae prince V’lane vie for her body and soul, as cryptic entries from her sister’s diary mysteriously appear and the power of the Dark Book weaves its annihilating path through the city, Mac’s greatest enemy delivers a final challenge.…

It’s an invitation Mac cannot refuse, one that sends her racing home to Georgia, where an even darker threat awaits. With her parents missing and the lives of her loved ones under siege, Mac is about to come face-to-face with a soul-shattering truth—about herself and her sister, about Jericho Barrons…and about the world she thought she knew.

Dreamfever, like every other installment in the Fever series, has surpassed it’s predecessors. At first I was rolling my eyes at some of the fan comments. How could this series possibly continue on it’s upward ascent to supremacy? The quality of books in a series usually follow a bell curve but there are exceptions and this is definitely one of them! This book is overflowing with Fae goodness. So many things happen that it’s hard for me to write a just review without given too much away. Beware of spoilers!

The beginning of this book was somewhat of a surprise. I was just happy that I didn’t have to wait very long for the answer to Faefever’s cliff hanger ending. The thing that I’ve been rooting for to happen does occur but not as expected. On one hand, I was jumping for joy. Finally! The moment I’ve been waiting for! On the other, I was sad. I hadn’t wanted things to go down like they did. This turn of events really put a new spin on Barrons’ and Mac’s relationship. Karen Marie Moning’s writing talents continue to amaze me. She is so well versed and adept that it’s mind boggling. It seems like there’s no style she can’t master. She does an amazing job of getting into Mac’s head and getting readers to accurately experience the changes in her character.

Mac makes a remarkable recovery from the horrible events in the previous book. She keeps disproving all of her critics again and again. Things that would bring a normal person to their knees only spur Mac on to fight harder. To push herself to her limits and beyond; to become faster, smarter, stronger. A force to the reckoned with! She’s come a long way from the sheltered Georgian girl she once was. Dani plays a much larger role in this installment. She’s a fantastic character and I’m so happy that we get to learn more about her. I’m also thrilled that Mac has a sidhe-seer ally to fight along side her. Enough of being used by men, it’s time for some girl power! Dani is a sight to behold. Her skills and confidence are phenomenal for someone her age. But she’s not without her own problems. Like all of Karen Marie Moning characters, there’s real depth to her.

This book expands the Fae universe to epic proportions. Mac travels all over the place in her own world and in other dimensions. The transitions are seamless. So much detail but never once will you feel lost. Every minute point is covered, every “i” is dotted; KMM’s skills at her craft are unparalleled. Discoveries are made, battles are fought and new alliances are formed. This novel is a page turner from start to finish. I have no idea how everything is going to manage to come full circle and end in the fifth book but if anyone can pull it off it’s this author.

Staying true to the cliff hanger ending, this book is no exception. It seems like every time I finish a book in the Fever series I’m struck with the sudden urge to throw it across the room. Maybe even stomp my feet and sulk a little. KMM must have a twisted side to her to constantly be doing this to her readers! I’m so relieved that the final book is out and that I don’t have to wait. I now completely understand and sympathize with those who read Dreamfever back when it was first published. The torture! This series is quickly becoming one of my favorite of all time. I’m not finished reading it and I’m already planning to re-read all of the books!