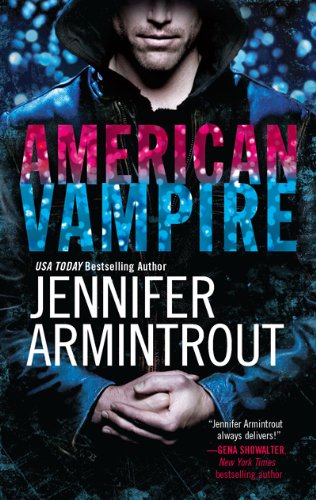 HE’S THE GOOD KIND OF VAMPIRE. SORT OF.

Buried in the Heartland is a town that no one enters or leaves. Graf McDonald somehow becomes its first visitor in more than five years…and he was only looking for a good party. Unfortunately, Penance, Ohio, is not that place. And after having been isolated for so long, they do not like strangers at all.

Jessa’s the only one to even remotely trust him, and she’s desperate for the kind of protection that only a vampire like Graf can provide. Supplies are low, the locals are ornery for a sacrifice and there’s a monster more powerful than Graf lurking in the woods. New men are hard to come by in this lonesome town, and this handsome stranger might be Jessa’s only hope for salvation.

Even if she has to die first…

I’m left with mixed emotions after finishing this book. On one hand, there’s a sexy vampire who gets caught in a sort of “twilight zone” with a mean beastie. Okay, cool… but then add multiple side plots to that and I was left feeling confused and like I never got to really know any of the characters. The ending was predictable and rather abrupt which left me scratching my head wondering what the hell happened.

The over all story is original with many side stories that feed into it. Graf, the book’s leading vampire, finds himself trapped in a small hillbilly town that’s been isolated from all outsiders for five years. No one gets in or out until the day he arrives. Not a bad story in itself. Add to that a freakish monster, an unlikely love interest, a crazy ex-boyfriend, a village of backward/religious zealots, black magic and you’ve got one confused reader.

Graf is a cool character. He has the typical American attitude of entitlement and apathy. He doesn’t really care about anything or anyone other than himself. But after being stranded for a while in Penance, Ohio, cracks begin to show in his tough guy exterior. Jess is the first local he meets and becomes his unlikely ally. They’re both cynical with sharp tongues which lead to major head butting between the two. Because Graf and Jess are always so busy biting each other’s heads off I found it hard to like either one. I felt like I didn’t really get to know them. The insights into these characters’ inner workings were few and far between.

Jennifer Armintrout’s writing style was well suited for this novel. I had a hard time picking a favorite quote because there are so many. The constant insults and sarcastic remarks flying between the two main characters definitely resulted in countless great one-liners.

The rednecks were funny at first but their close-minded, mob-like mentality eventually got on my nerves. Granted, the inhabitants of Penance are under a lot of strain given their unusual circumstances but I had a hard time believing that their society crumbled after only five years. Their idea of justice pushes them to burn people at the stake for witchcraft. I like to believe that I live a sheltered life North of the border but this just seemed far-fetched (maybe I’m wrong and need to get out more?). In fact, I think that’s the main beef I have with this book; it was just so out there. A good urban fantasy novel needs to have a balance of fiction and reality in my opinion. American Vampire lacks that symmetry.

The ending was disappointing. I saw it coming long before it arrived. After reading it I was left feeling like the story was unfinished but not in a way that hints at a sequel. There was a brief sexual encounter between Graf and Jess that could have almost been skipped entirely. I love a good romp as much as the next girl but this one left me unmoved. American Vampire isn’t a bad book but it’s not a great one either. This book’s good for a few laughs and Armintrout’s talent as an author is undeniable. I’m just not sure about the rest.

It burst through the wall like the Kool-Aid Man, only way scarier. -page 279